The Annunaki on Nibiru lack precious metals, stones and minerals, which they desire, food on Nibiru is also running low. Their solution: establish a colony on a distant planet teeming with wildlife and vegetation. When the Annunaki discover they are ill equipped to labor under the harsh conditions found on Earth, they create a workforce called humans, a hybrid manufactured from their DNA and a species known as hominid.
The Serpent Priestess Ninkha and her husband Lord Enki are charged with this task, battling not only the challenges faced adjusting to life on Earth, but Enki's brother, Enlil, as well. Will the humans live as Enki and Ninkha envisioned--able to learn, create and above all, reason? Or will they subjugate themselves to Enlil and his rule willingly?
At stake is the future of the Priestesses of Damuth, who, along with their serpents, service the Annunaki with their own blood, providing those who partake of the cocktail of blood and venom the ultimate in achieving a higher state of consciousness, along with youth, vigour and longevity. If Enlil, whose disdain of them is well-known, wins, what will happen to them?
To protect themselves and their descendants they form the ‘Dragon Court’, but is it enough?
Serpent Priestesses or Witches, Gods or Demons,
Aliens or Ancestors, Oppressors or Creators?
Perhaps all of the above..............

In Serpent Priestess we find out that humans were created to work for a godlike alien race who have dragons as pets and desire precious metals. (Like dragons do in the old tales.)  The story has roots in many ancient stories, from Greek, Roman, Egyptian and, of course, Biblical. Adam and Eve are prevalent, but so are ancient goddesses from various sources.
The story, about creationism and survival, is very well written. This isn't as much a character driven story as it is plot driven. The characters, being based in history and mythology, aren't wholly original, which does taint my view a bit. I also found that there were too many cultures referenced here, making it, when the description is given, seem a little hodgepodge. It's a melting pot of mythos, and I love it, but at times it's a bit overwhelming. Perhaps it would've been better had each book had a little of a different culture, instead of them all at once.
But the idea of this other planet, these dragon pets and this war (based off Adam, Eve, the Serpent and the Garden) is enticing. If you don't mind an overload of information, I think you'll like this book. It was easy for me to read because I know all about the ancient world that's referenced here, but those unfamiliar with mythology might be a little lost.

Purchase Serpent Priestess of the Annunaki via: 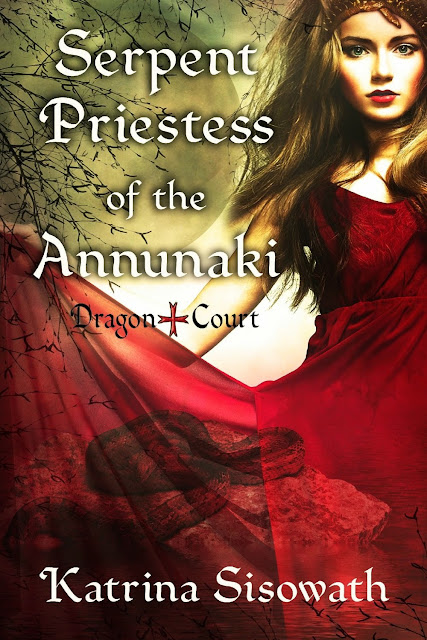