Blurb: Mr. Blackwell is set in the deep, bice, swampy waters of Louisiana.  Being out of her home state of Maryland and apparently out of her mind, novice journalist Vivienne Gray falls head over heels in love with a man she supposed to be interviewing.  His man of few words attitude and Vivienne’s need to know everything has set tension high as she is led by Jase into the back bayous.  As the daylight belly flops into moonlight Vivienne saves Jase’s life and they are pulled into an ancient curse that has plague the Blackwell family for years.

Tagline: There is a reason behind superstition.  It's because it's all true.  Not believing does not make it go away.

(I received an advance copy of this book from the author in exchange for an honest review.)

In the overused world of YA paranormal romance, CHBB Publishing has continued to raise the bar and shun the popular to bring readers amazing works that they can't find anywhere else.
Mr. Blackwell is the debut novel of AB Novak, but it doesn't seem like it's a first novel. Ms. Novak's prose flows along easily with what seems like an experienced mind behind it. From page one you are drawn into the story; you find yourself in that Louisiana swamp with Vivienne, watching as Jase fires an arrow at a fish. It sounds like odd imagery, but it was really a beautiful opening.
I found the characters to be delightfully unique, Jase more so than Vivienne. The curse on his family weighs him down, gives him a sense of reality despite the paranormal circumstances surrounding him. Vivienne is deep, confident, and I came to like her after I got used to her. Both of them play off each other well, and I could see them in my mind very clearly.
While the curse itself and the budding romance between the characters is the central focus point of the novel (which I found to be far too short, by the way), what I think made it very enjoyable was the vivid descriptions of the characters and of Louisiana itself. Rarely in modern YA fiction do you find such wonderfully descriptive prose as I found here. Yes, the story does get a bit a adjective happy, I found it reminded me of books penned one or two hundred years ago. I miss that vividity, and was very glad to see a modern book for teens use it so well.
I think that Ms. Novak is a great writer, and I was very pleased to be able to read this book! It's not overly macabre, overly mushy, or too dull. Like Goldie Locks said, "It's just right".

Author Bio: A.B. Novak grew up in Northern Maryland.  She graduated from college with a degree in Fashion Design.  In 2009 she married her college sweetheart, moved to a farm and had two beautiful children.  She is an avid horse rider, author and business owner with her husband. 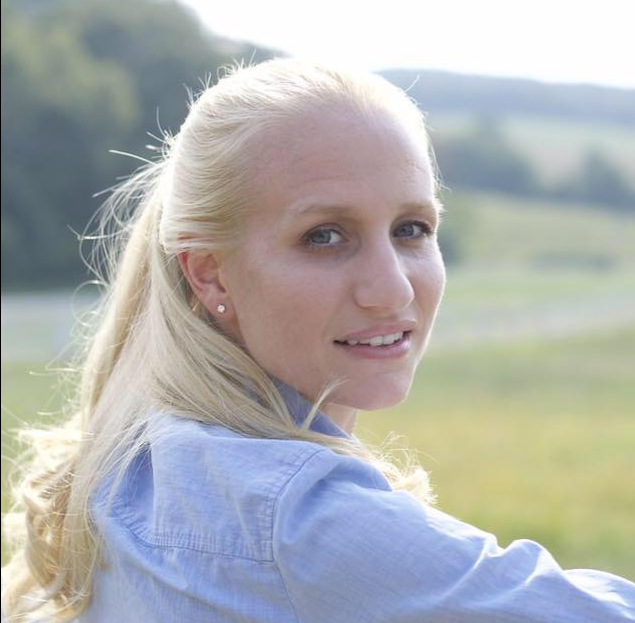