The Sebastian Chronicles is a series of 5 Erotic Paranormal Novelettes that will take you through each century since Sebastian Benoit’s Vampiric inception.
In book one Sebastian, the beginning you learn why his maker Isabel chose him to be her mate.
Isabel stalked Sebastian even going so far as to watch him satisfy his many lovers. He had a death wish, one that an angry husband would surely have carried out had Isabel not turned him in time.
Sebastian’s hatred for Isabel overshadows the gift she’s given him causing her to doubt her decision. Will he ever learn to love her as much as she loves him?

I received a copy of this book from the author in exchange for an honest review.

Sebastian is a fast read, barely half an hour tops. I'm that half hour, you'll be taken on a thrilling ride of love, vampirism, and, of course, sex. Let's start with the bad.
Two things made this a four star review instead of five. One is the POV change; it frequently goes inside the heads of both main characters. While I usually love those, when the POV changes multiple times per chapter with no warning, it can be difficult to read. The second thing is that the author repeatedly says the phrase "my love"in two languages, sometimes four times per page. It is so repetitive, it can be comical.
Despite having some language issues (they live in the sixteenth century, but occasionally use modern phrases), this story is filled with action and romance at every step. I really love Isabel, and can't wait to see where her story goes. I am dying to know more about her and Marcus.
I did like Sebastian, he's sexy as Hell, but a bit needy and too trusting.
I'm excited to see where this story takes both. Onto the next novella now... 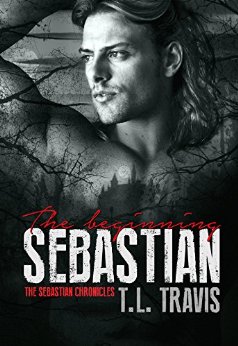