1. You never wrote unless it was for homework until you purchased your first typewriter at fourteen years of age. What changed to make you want to start writing fiction?

I had always wanted to be a writer, and had actually started writing stories in my spare time the year or two preceding my purchase of the typewriter. But having a typewriter spurred me on to work even harder. I found I could write more quickly when typing, and also it felt more “legitimate” – I now had the possibility of submitting my work to publishers, since it was typed, whereas I knew I could not send in handwritten work.

2. You completed your first novel when you were seventeen, but it was never published. Do you think that your fans will ever get to see some form of that novel for sale one day?

Possibly. I’ve written lots of unpublished novels, especially early in my career. I plan to return to many, maybe even all of the books, and re-write and edit the, then publish them for readers to read, even if only in an eBook format. But I can’t guarantee that I will return to them all. I will only publish them if I think they are strong enough to justify publication, and I suspect some of them might not be.

3. You started writing adult horror (I  myself particularly enjoyed The City Trilogy's Hell's Horizon) but transitioned to children's and young adult novels with your Cirque du Freak series. What made you make that transition?

I liked children’s books, even in my late teens and early twenties. (Indeed, I still do.) I had planned to try writing a book for children at some point, purely because I thought it would be fun. Then I had the idea for Cirque Du Freak. I didn’t see it as a career-changer at the time, but I really enjoyed writing it, and after I’d finished it I had more ideas for books for young adults, and it all just grew from there.

4. What made you decide to write a four book spin-off of Cirque; The Saga Of Larten Crepsely?

I hadn’t planned to write about Mr Crepsley’s early life. But after I’d finished the Cirque Du Freak series I kept thinking about him and wondering what his life was like before he met Darren, and what had happened to him over the space of two hundred years. My interest in his story grew, even though I wasn’t actively pursuing it, and eventually I felt compelled to sit down and start writing.

5. I must ask, why vampires? While in recent years the monsters have become popular in modern fiction worldwide, you took them on when fewer people were interested, which i give you a lot of credit for!

They’ve always been my favourite monsters, ever since I was five or six years old. I never think about the market when I’m writing. I just go with stories that I feel interested in.

6. What made you decide to adapt Cirque du Freak into manga? Are you, personally, a fan of Japanese entertainment?

I love Japan, its movies and manga and anime, but my Japanese publishers were the ones who instigated the manga adaptation. My books were hugely popular out there (they regularly topped the overall bestseller charts) and they thought the story would work well in manga form. I chose the artist, but after that I had nothing to do with it until it was later translated into English for its release in the USA and UK. When that happened, I went through the translation and made some tweaks to the text where I felt it was appropriate.

7. What was it like seeing Darren, Larten and everyone else come to life in The Vampire's Assistant movie?

I always like seeing how people interpret my characters and the world I create, whether that’s as fan art, a manda, or a movie. Nobody ever captures all of the characters exactly the way I picture them, but that’s what’s so special about books – every reader creates a unique visual world inside their own head. I enjoyed the movie. It wasn’t very faithful to the books, but on its own terms I thought it was a quircky, fun little film that served as a neat introduction to the world of my books for those who had now read them.

8. Though you often travel to London for inspiration to "get the juices flowing", you normally only write when you're at home in Limerick, Ireland. Why do you choose to do that instead of write on the fly?

I’m a creature of habit, and I prefer to write when I’m “in the zone.” Of course a writer can write anywhere, at virtually any time, but I like to lock myself away at home and do most of my writing there. I find it focuses me – “This iswork time!”

9. You're a self-professed film buff. Would you like to see any of your other novels portrayed on the silver screen in the future? If yes, which ones?

I’d love to see ALL of them filmed!  I’m always open to TV or movie adaptations, as it’s a great way to reach new readers and entice more people to give the books a try.

10. What made you love horror and things that go bump in the night so much?

It’s just something I’ve always enjoyed, ever since I was a young child. The darkness – not just physical darkness, but the darkness of the human mind and soul – has always fascinated me.

11. Each of your YA stories, from Cirque to The Demonata and even Zom-B are so different from each other, yet all are so frighteningly wonderful. Aside from trips to London, where do you get your inspiration?

From all over the place – books, comics, movies, music, travel.

12. If you had to choose, would you write children's books or adult horror for the rest of your career?

If I had to choose only one, I would choose children’s books. But thankfully I am able to work in both fields, and I plan to continue juggling them as I go forward, although I will probably start relasing my adult books under a different name from this point forward, as I’ve never felt overly comfortable writing for adults and children under the same name. Expect an announcement about that to be forthcoming on my web site in the very near future...

13. What would you be doing if you were not a hugely successful horror writer?

I would be trying to be a hugely successful horror writer!

14. Where do you see yourself and your career in the next ten years?

Hopefully I’ll continue chugging along nicely on the children’s front – it will be another couple of years before the last Zom-B book is released, and I have had some ideas for a new series after that. I also want to release more adult books and get things moving on that front – I’ve written lots of books for adults which I never published because I didn’t have the time to go back and work them up into final shape. Now I’m making that time, so I hope to release a lot of those over the next few years, and then continue onwards with new material.

15. Thank you again so much for agreeing to do the interview, Mr. Shan! Can you please leave the readers with three things that may surprise them about you?

I love Disney and Pixar movies. I love karaoke, even though I’m a terrible singer. And even though my books have been translated into more than thirty different languages, I only speak English – I was always terrible at languages in school! 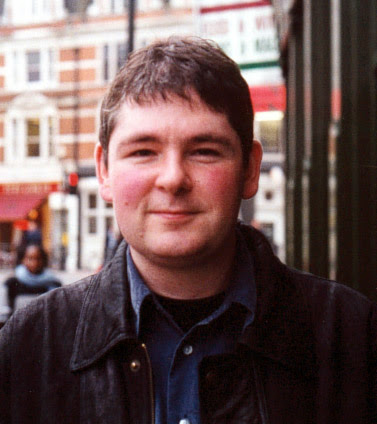