“Crisp and entertaining… Kris Calvin sets herself apart as a writer to watch.” —John Lescroart

One Murder More
by Kris Calvin
Trade Paperback Publishing: May 31, 2016

PRAISE FOR ONE MURDER MORE

“An irresistible political thriller that reminds me of House of Cards.”
—ROBERT DUGONI, New York Times bestselling author of My Sister’s Grave

“A smart, fast-paced mystery . . . will keep you up reading all night.”
—EILEEN RENDAHL, author of Don’t Kill the Messenger

“Kris Calvin so skillfully writes One Murder More that readers might expect her characters to escape the pages and be found in the actual avenues and halls of California’s capital.”
—SPRING WARREN, author of The Quarter- Acre Farm

“An accomplished and talented addition to the world of murder and suspense.”
—SKIN DEEP EXPOSURES

“This action-packed story [is] told with both intellect and humor.”
—JEFF GEE, mayor of Redwood City, California

Maren Kane, a lobbyist for a fledgling Sacramento-based toy company, is in the midst of a legislative fight that could make or break her career. She doesn’t have time for a coffee break let alone involvement in a murder investigation.

But when police arrest Maren's colleague for the crime, she's certain they have the wrong man. The cops suspect a crime of passion—love gone wrong. Maren knows that in the capital, money and power drive all things tragic and scandalous. Sex and love are little more than window-dressing. But will she be able to prove her theory—and free her friend—before she becomes the next victim?

A former South Pasadena resident and local elected official, Kris Calvin, knows politics from the inside out. She lives minutes from Sacramento, capital city of California and has been honored by the State Assembly and the California Governor Schwarzenegger's office for her leadership in political advocacy on behalf of children.[Text Wrapping Break][Text Wrapping Break]Educated at Stanford and UC Berkeley in psychology and economics, Kris loves mysteries and thinks there's no better way to achieve work-life balance than to stumble upon a corpse, unravel the relevant clues and find the killer (so long as all of that happens between the covers of a good book).[Text Wrapping Break][Text Wrapping Break]One Murder More is the first in Kris Calvin's new Maren Kane mystery series.  Follow her on Twitter @kcalvinHQ and visit her website: www.kriscalvin.com.

Posted by Unknown at 7:00 AM No comments: 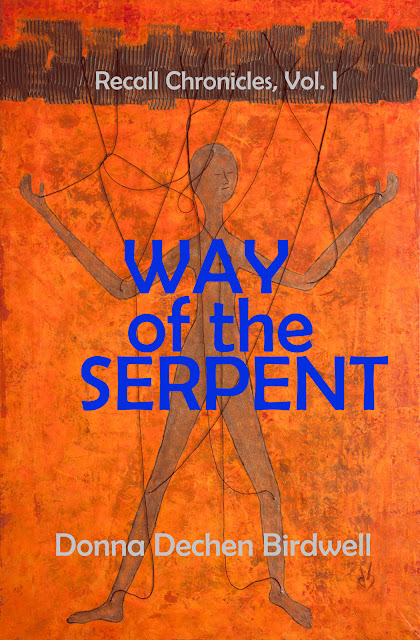 It’s 2125. Aging is a thing of the past but personal memories and desires are now under corporate management. Jenda Swain is a youthful 111 years old, content with her professional career, when a disturbing encounter with an old woman forces her to question her own identity, to begin searching for the woman she once was and might yet become. Her journey takes her into the arms of an activist artist who has a quest of his own; answers come together as their world falls apart.


Author Bio:
Donna Dechen Birdwell has created a dystopian world as only an anthropologist can, with sensitivity and insight deriving from years of observation and dedicated study of the human condition. Donna is deeply convinced that storytelling is essential to our nature and that imagination is our most precious human trait. Donna is also an artist and former journalist and a native Texan.
Website: http://donnadechenbirdwell.com/
Amazon: http://www.amazon.com/Donna-Birdwell/e/B00ZA8E3UK/
Facebook: https://www.facebook.com/wideworldhome/?fref=ts
Twitter: https://twitter.com/wideworldhome
Goodreads: https://www.goodreads.com/author/show/14073644.Donna_Birdwell
NetGalley: http://netgal.ly/Tv3CHr 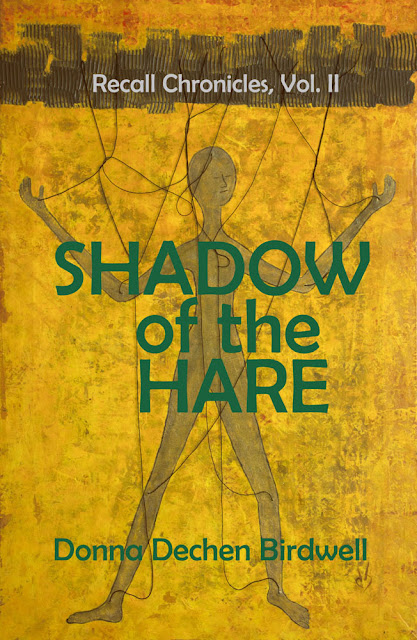 Malia is a stubbornly dissident author and bibliophile in a world where books have ceased to matter and barely exist. She remembers how things changed through the 21st century, but after fifty years of self-imposed exile, she returns to a world far more terrifying than the one she fled. In Dallas, Nigeria, and India she doggedly pursues the truth her heart demands.

About the Author:
Donna Dechen Birdwell is an anthropologist whose curiosity about what makes human beings tick propelled her to travel widely, listening to the stories of many different cultures and eventually coming up with a few of her own. Her debut novel is WAY OF THE SERPENT. High on the list of countries she knows and loves are Belize, Guatemala, Mexico, Costa Rica, Cuba, England, Ireland, Spain, Nepal, India, and Tibet. Her work is deeply influenced by the stories and imagery of these places. Donna is an artist, poet, and photographer as well as a novelist. She holds a Ph.D. in anthropology from Southern Methodist University and previously taught at Lamar University in Beaumont, Texas. She now writes, paints, and photographs in Austin.

Shadow of the Hare Excerpt
1.

The café was down a couple of side streets, in an area of Dallas I hadn’t visited for decades. As soon as I sat down I saw her and I couldn’t help but stare. It had to be Jenda. When I saw her looking at me, I slid down off the barstool and walked over to her table.
“You’re Jenda Swain,” I said, smiling, hoping she’d say, And you’re Malia Poole! But she didn’t. I hadn’t seen her in almost ninety years and it was clear she’d been taking the age prophylaxis, the miracle drug called Chulel that kept everyone young in our 22nd-century world. Almost everyone. She was giving me that look—that what-the-zujo-is-an-old-woman-like-you-doing-in-my-world look—followed by the averted eyes.
“Of course you don’t remember,” I said. I pulled out a chair and sat across from her. “Nobody remembers much of anything anymore.” I looked down at my wrinkled, age-splotched hands and then up into her smooth, fresh face. It was hard to believe I was two years younger than Jenda. “I idolized you and your boyfriend, you know. Such temerity! The things you did…” I was hoping to elicit some of those things from her or perhaps startle myself into recalling what some of them were.
She said nothing, glancing around the café as if to offer an apology for my presence. For my existence.
A memory suddenly came to me: a full-color portrait of Jenda as she was in high school. Not this business-suited twit, but a passionate firebrand of a girl. An artist?
“Do you still paint?” I wasn’t giving up. “You always had your mom’s gift for art.”
Jenda was clearly embarrassed and growing quietly angry. But I thought I detected the old passion under the surface. Come on Jenda—show me some of the old spunk.
She avoided my gaze. “I think you must have made some mistake.” Her tone was flat, dismissive. “You may know my name, but you clearly don’t know me.”
Her face flushed slightly and I thought I saw a glimmer of recognition in her eyes. Leaning forward, I looked into those eyes. “You need to ask more questions,” I said. I pushed my chair back and rose to go; then I looked down at her one last time. “You’re the one who doesn’t know who Jenda Swain is.”
My tears began to fall as soon as I was out on the street. I felt betrayed. Damn these disconnected memories! I have more memories than most people these days, but there’s that one year from high school—the period when I’m sure I knew Jenda best—that’s always been a blank. At least until recently. It’s cruelly ironic that now I’ve reached an age when normal memories start to fade, these submerged ones begin to wash up like shards of sea glass on a beach. I write them down, cataloging them like curios of uncertain provenance.
After I left the café, I couldn’t stop thinking about Jenda. She felt like a key to something. I may not remember a lot about her, but I do know that up-tight little prude with the pressed lapels isn’t the girl I knew in high school. I’m sure that back then she was a passionate Vintagonist. Something had happened to her; I thought I knew what it might be. In any case, I knew it was something very different from what happened to me.
I still identify with Vintagonists, those people who cherish and preserve old things, not as things in themselves but as links to our past, reminders of shared experiences, repositories of our stories. In the late 2020s and into the ‘30s, the Vintagonist movement was popular among young people like me and like Jenda Swain. While the corporations pushed us toward ever-higher consumption of infinitely recyclable short-cycle goods, Vintagonists celebrated antiques, vintage things, and so-called mementos. To signal our nonconformity, we wore badly mended clothes salvaged from the recycle bins, dyed our hair in shades of sepia, and adorned ourselves with relics like lockets and watch pendants. I still wear one of those, although mine has a more personal significance. We fed one another’s rebelliousness in frequent meetings and acts of protest that employed poems and songs and art. The movement dissipated after a while but never went away. Its roots ran deep.
Almost a century later, I feel once again the pull of those old ideas, a riptide tugging at my foundations. I’d found a place where I could have lived out the rest of my days in peace without having to deal with the outside world, but instead here I am, walking around in the corporate fantasyland where everyone is young—young and cheerful and bright. But it’s a flat white brightness—no spark, no color. People stare at me (like Jenda did) and then they don’t see me at all. I disappear. I don’t belong in their world and so they white me out.
I began making my way back toward my sister Leticia’s habitat. I knew she’d organized an event for the following night at her place. She’d told me that Jenda’s high school boyfriend Montagne would be there. I hadn’t seen him for the better part of a century. Maybe Montagne would have some answers. I’d told Jenda she should ask more questions; maybe it was time for me to ask some questions of my own.
I feel like a refugee here, uncertain about what comes next. Uncertain, too, about some of what went before, during that blank period around the age of fifteen. The past, for me, has generally been constructed from old novels; I adore historical novels. But with these strange memories drifting back, I think it’s time to reconstruct my own past, my personal history, and to find out just how much I can recall. 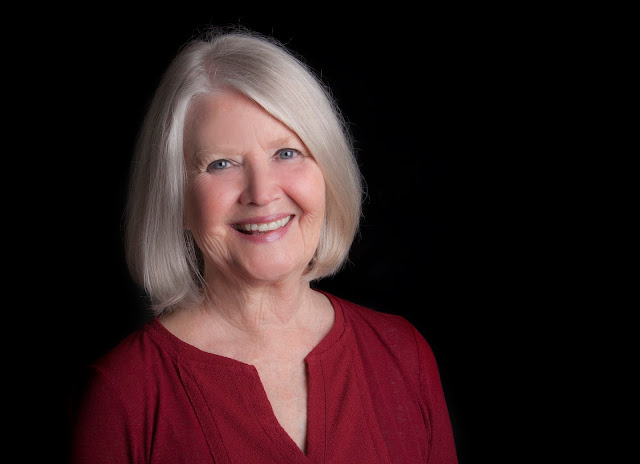