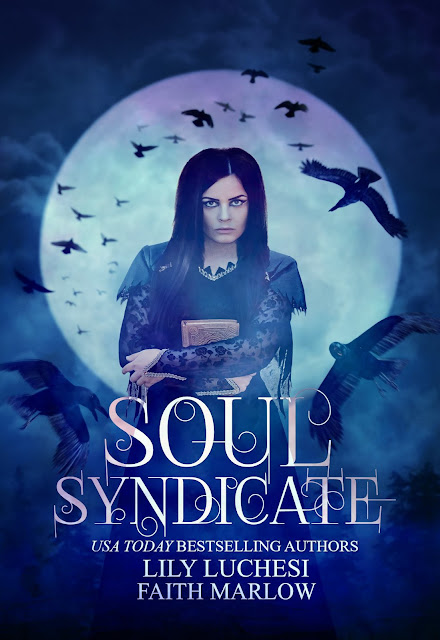 A soul is a heavy burden to bear.


There’s a gala celebrating the city and many notable celebrities are attending, including a rock star, a socialite, a baseball player, and an entertainment reporter. Each of them is notable in their own right, and each one holding a secret.
When they all get stuck in an elevator together after the gala is over, they think that that is the worst thing that could happen to them...until the doors finally open.

It’s a battle for the ultimate prize: their souls and the souls of everyone else on Earth. Can they save the world, or will these disparate individuals kill each other first?
The world as they knew it has gone, now they have poppies attached to their chests and are facing down soulless friends, family, and strangers, including a crotchety old woman and a former drag queen.

Jake and Xander came up behind the women, and Jake then saw what the others were seeing. Or rather, what the others didn’t see. It was the middle of the day on Saturday, just a week from Thanksgiving in downtown Chicago. And yet the street was empty of people.


“Guys? Why do I feel like I’m about to be in an episode of The Twilight Zone?” he asked, gazing around at the empty street and shops. It didn't seem like any of them had even opened that morning, closed signs hung in every window.
“Is there a holiday we forgot about?” Xander asked.
Rachael scoffed. “Places stay open on Christmas these days. Trust me; there’s no holiday. But should we check the news? Perhaps something's going on that we missed in the elevator.” She looked at Lianne. “I’m going to guess you don’t have any news apps on your phone, do you?”
Without waiting for an answer, she rummaged in her purse for her smartphone, clicking on the local news’ app. Jake looked over her shoulder as she flicked down, refreshing it. Nothing changed. It stayed with the same report from eleven the previous night, about the gala.
“Maybe it’s broken,” Jake said. “Check Twitter.”
“Thank you, peanut gallery,” Rachael said, clicking on the other app. Jake saw that she followed about eight thousand people. Yet there were no updates from anyone since eleven the previous night, central time. “Is it my connection?” She typed out a quick tweet, “Hello, is this thing on?” and it posted immediately. And why was Wifi working but not landlines or text messages?
She showed the phone’s screen to the other three who just stared.
“What could this mean?” Xander asked. “An empty street, no one online except for us, apparently...it doesn’t make sense.”
Lianne shook her head. “I don’t get it. Let me call someone. See if anyone’s got an answer.” She took out her phone and pressed a few buttons, holding it to her ear. After a few minutes, she hung up. “It went to voicemail. But it’s my mom; she doesn’t always answer.”
Jake then recalled that he was supposed to be back home last night. His wife must have been worried sick about him. Taking out his phone, he was dismayed to see that there wasn’t a single text or missed call from her. Wasn’t she worried? Or even upset that he pulled an all-nighter while she was home alone with their son? And what about his band? Didn’t they wonder why he hadn’t shown up for rehearsal?
“Anybody hear from anyone?” he asked. “I mean, we’ve all got to have at least one person who would have text messaged us.”
Rachael nodded. “My editor. I was supposed to turn in my report by noon, which means he would have been hounding me by nine. But nothing.”
“Do you know how many notifications I get in an hour?” Lianne asked, preening a bit. “There’s not a single one on here.”
Xander grinned ruefully as he said, “In the off-season, she’s the only one who nags me.”
“Why you little—”
“Cool it with the antagonization,” Rachael said. “Something’s wrong here. Seriously wrong. And we need to figure out what.”
Lianne scoffed. “We’re not the police. Let them figure it out. I mean, isn’t that what we pay taxes for?”
Jake watched as Rachael cocked her head, a lock of dark hair falling across her forehead. “Huh. And here I never would have expected you to know what your taxes went for or how to pay them.”
Lianne’s mouth dropped and she was about to retort when Jake gasped. A sudden pain hit him in the center of his chest, like there was a little knife inside stabbing its way out. Everyone turned toward him, but he couldn’t be bothered with their quizzical glances.
He unbuttoned his shirt partway, the pain making his hands shake. He gasped as the stabbing sensation increased. Looking down, he saw that there was a spot on his chest, over his heart, that was bulging out, the skin stretched taut around something. Fear mingled with the pain, and he felt his heart begin to beat erratically.
“What the Hell is that?” Xander asked.
Something green poked through the skin on Jake’s chest and he screamed as the pain became nearly unbearable. Blood trickled down off of the green stem, staining his skin. But the pain was receding as he watched as the green stem began to...blossom? Like a nature film on fast-forward, a red flower began to grow, budding and blooming until it was a small red poppy, the color matching that of the blood that had been spilled. 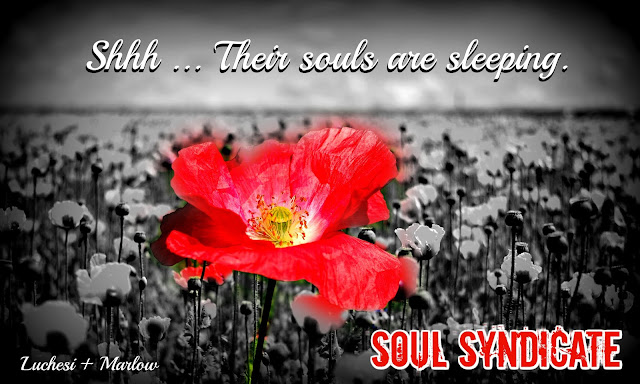 Lily Luchesi is the USA Today bestselling author of The Paranormal Detectives Series, #1 bestselling Coven Series, and other paranormal tales. You can reach her via Twitter, Facebook, Instagram, and her newsletter.

Faith Marlow is the USA Today bestselling author of the Being Mrs. Dracula series and other horror stories. You can reach her via Twitter, Facebook, Instagram, and her newsletter.

Both authors are part of Vamptasy Publishing, an imprint of CHBB Publishing.
Posted by Unknown at 7:00 AM No comments: