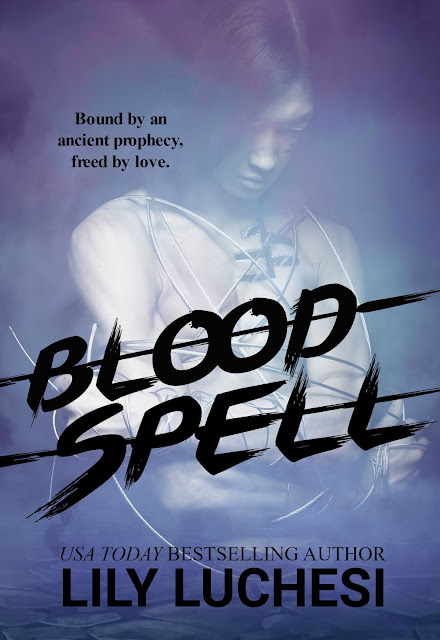 AVAILABLE NOW FOR 99c! OR FREE ON KINDLE UNLIMITED!

Bound by an ancient prophecy, freed by love.


Mages have lived by a prophecy that states that once there are two mage houses left, one must kill the other to maintain a magical balance. But the prophecy is disrupted when a new mage is revealed and begins killing everyone in his path.
Simon Moonspell and Tobias Bloodworth, the last two mages of the ancient houses, must put their animosity aside in order to stop this new mage and fulfill the prophecy. However, when their hatred slowly turns to love, can they remain impartial or will they be forced to battle to the death?

Add the book on Goodreads! 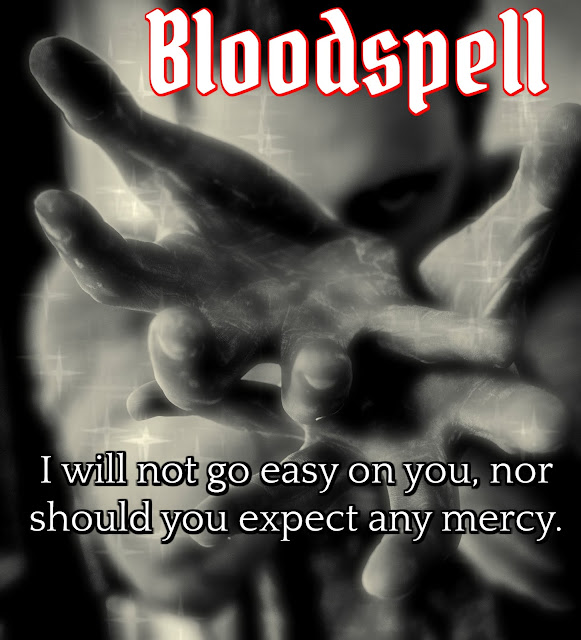 Tobias scoffed, but he was smirking. “Well, there is a first time for everything, isn’t there?”
“Git.”
“Yes, I am, and I own it.” He stood up and stretched his legs. His coat was discarded, and he wore only a pair of black trousers and a white shirt. Simon noticed his nails were polished matte black. It was a nice touch … as was that gorgeous body.
“Once we find the prophecy and see if there is a way to circumvent it, we need to figure out where Thornhill is hiding and eradicate the bastard from existence,” he said with more vehemence than Simon had ever heard from him. “We have spent hundreds of years fulfilling this prophecy, upholding the names of our houses and the standards at which mages have always been held and he — he — ” Tobias trailed off in a huff. “Damn it,” he muttered. “Control, control.”
Simon stood up and walked behind Tobias. He placed a hand on his bony shoulder and said, “Hey, it’s okay. We’re going to kill him; we’ll make him pay for his crimes. I promise.”
Tobias’ skin was warm beneath his shirt and Simon wanted to melt right into him, to hold him from behind and —
Stop it, he scolded himself. For once my brain makes more sense than my body!
Tobias stood straighter and turned, dislodging Simon’s hand from his shoulder and breaking the moment. “Forgive me. I am not often like this.”
“There’s nothing to forgive. This is a lot of pressure, mate,” Simon said. “We never really discussed it but … if there is no way to change the prophecy…”
“Then one of us must kill the other. Yes, I am familiar with it,” Tobias snapped.
“You don’t want to kill me?” Simon asked, confused. He always assumed that Tobias would relish the chance to kill him and make it hurt after how he’d treated him when they were children.
“No, despite my sour disposition, I am not a particular fan of murder,” he said. “And you? Were you relishing the idea of finally getting rid of the pesky little brat you used to knock over on the playground?”
Simon felt sick. Had he really hurt Tobias so much that those beautiful black eyes were filling with moisture? “No… I — I’m sorry,” he said, head hanging. “I was a stupid kid. I never wanted to hurt you, not really. And I don’t want to kill you.”
“Then let’s do what mages do best, shall we? Create a solution to a magical problem.”
Tobias acted as though he hadn’t just been on the verge of some sort of breakdown as he gave Simon a translator and they began looking for the prophecy again.
It wasn’t until late that night as Simon was starting to fall asleep that he heard Tobias exclaim, “I’ve got it!”
Simon nearly fell out of his chair from the shock. He had never heard the reserved man shout so loudly. “W-what?”
“The prophecy, you imbecile! I found it! And it’s already translated for us.”
“Well? What’s it say?” Simon asked, going to stand at his side. He could feel the heat from his skin, smell an earthy shampoo that was just so … Tobias. It was enough to send his libido into overdrive as if he was a teenager again.
“Here.” Tobias angled the book so that Simon could see.


“Here we stand with mages uncountable, in the age where magic is new. They will create and make the future, spells all shall use. But one by one the houses must fall; as magic expands, they must recede. Until one day only one house name shall remain of the mighty mages, lasting for eternity in history. On the day that two remain, one must make the deciding blow and concede their name. Only one name can remain. The balance of magic must be maintained, and so it has been said, so shall it be.” 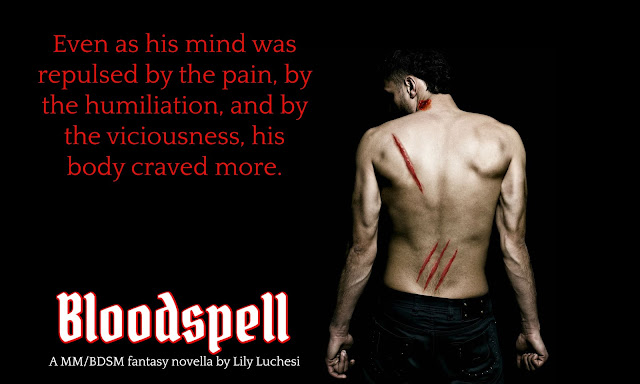 Lily Luchesi is the USA Today bestselling and award-winning author of the Paranormal Detectives Series, published by Vamptasy Publishing. She also has short stories included in multiple bestselling anthologies, and a successful dark erotica retelling of Dracula. She is also the editor, curator and contributing author of Vamptasy Publishing's Damsels of Distress anthology, which celebrates strong female characters in horror and paranormal fiction. She was born in Chicago, Illinois, and now resides in Los Angeles, California. Ever since she was a toddler her mother noticed her tendency for being interested in all things "dark". At two she became infatuated with vampires and ghosts, and that infatuation turned into a lifestyle. She is also an out member of the LGBT+ community. When she's not writing, she's going to rock concerts, getting tattooed, watching the CW, or reading manga. And drinking copious amounts of coffee.

https://www.authorgraph.com/authors/LilyLuchesi (have your e-books autographed!)
Posted by Unknown at 7:00 AM No comments: