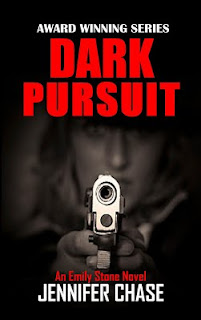 Vigilante detective Emily Stone has covertly hunted down killers and closed more serial cases than most seasoned homicide cops combined. Her exceptional profiling skills and forensic techniques, along with deductive crime scene investigations, have made her a compelling force that cannot be beat.


She has reached her ultimate breaking point and now must face her toughest opponent yet – her biggest fears.
With preciseness, the Tick-Tock Killer has taken his next child victim and promised to dump the body precisely four days later, mocking police and the community. Stone struggles to balance her inner demons and ghosts from the past, against the wits of a brutal and cunning serial killer in an all-out battle of psychological warfare.
Can Stone save the next child in time? Dark Pursuit is an action-packed cat and mouse game that will take you to dark places rarely explored.

When I opened this book, I was expecting more of the same. A whiny female lead who discusses her sex life and wardrobe more than the cases she's working on; who has more sex than stakeouts; in short, a lead who should have never been written. I'm not being rude, I just have experience with these types of novels. Vigilante Emily Stone is NOT your run-of-the-mill female lead!
Before I get to her, let me review the plot. This was a book where the plot was equally as important as the characters. It was very fast-paced, with just enough twists and turns to keep me interested. The villain was compelling and delightfully evil. This was not the type of book where you like the villain (much to my disappointment), but instead where you want to watch them suffer. It was not overly embellished with too many adverbs and emotions, which was very refreshing.
Emily herself reminds me of a 1980s comic book heroine: beautiful, strong and independent. Like Donna Troy from The New Teen Titans, she manages to be a bad a** while still maintaining her femininity. If anyone would ever consider making a female James Bond, I nominate Jennifer Chase to write the character profile!
Surprisingly dark and deep with very few frills, this is a wonderful modern thriller that both men and women can easily enjoy! 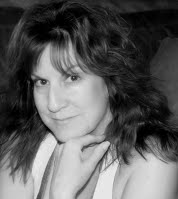 Jennifer Chase is an award-winning author and consulting criminologist.  She has authored six crime fiction novels, including the award-winning Emily Stone thriller series along with a screenwriting workbook.
Jennifer holds a Bachelor degree in police forensics and a Master's degree in criminology.  These academic pursuits developed out of her curiosity about the criminal mind as well as from her own experience with a violent sociopath, providing Jennifer with deep personal investment in every story she tells. In addition, she holds certifications in serial crime and criminal profiling.  She is an affiliate member of the International Association of Forensic Criminologists.
More info: www.authorjenniferchase.com