BOOK REVIEW: "The Vampire Girl Next Door" by Richard Arbib

Mark has been dealing with some creepy things lately. He was ganged up on in an alley, blacked out, and when he woke up, two of the three punks were dead. Not long after, his lock is unhinged on his bedroom window. Then, his next door neighbor is murdered in the same manor as the punks in the alley.
He thinks things are looking up when the next door apartment is rented to the beautiful and mysterious Sylvia. But will this new neighbor and relationship of Mark's be his undoing when a priest comes and tells him Sylvia is not what she seems?

I've read countless vampire books, and each author has a different view. Mostly, they were cursed. Sometimes it's a genetic disability. Others have scientific causes for vampirism. In this book, The Vampire Girl Next Door, author Richard Arbib associates vampirism with Satanism. While I personally don't agree with the views, I'm sure many people will.
My version of vampires has always been different than that, but I respect the author's opinion and views and try not to let my personal opinions cloud my judgment when reviewing books. I don't like that people always liken vampirism to the Devil. The Satanism might alienate people of Christian faiths who would want to try and read this book.
I thought the narative could've used a little work. I've seen many authors accused of using too much dialogue, and at times this book does fall intot hat trap. Mark is also not a very special character. I think they would've done better for a male lead. But Sylvia is delightfully creepy (and she isn't even Goth!). I wouldn't want her as MY neighbor! At the same time, I think she is a perfect woman: she's self-made, beautiful and sassy.
The best things about this book, actually, were Dave and his wif, Gail. They were bright, colorful supporting characters that gave this book the pop of light it needed.
Was this a favorite book? No. Was it enjoyable? Definitely. I think a lot of readers will like this: vampirism without the gore or excessive sex. Give it a try, you might find that this is your thing.
Also, make sure you check out the site below, as it is very interactive with the book abd enhances the reading experience

Purchase The Vampire Girl Next Door via: 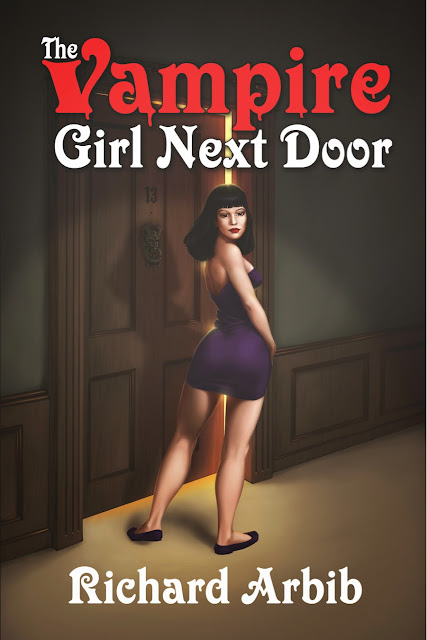