When Lashlor Leaflin offers to escort Queen Narraki Dragonsbane to the Jeltar Woods, he’s unwittingly caught up in a magical adventure of the type he would rather not have.

The sorceress Assassa believes the Land of Ends to be rightfully hers, but King Lanaran refuses to hand over his crown. In retaliation, the sorceress conjures creatures of darkness to hunt the queen and end her life. Lashlor helps where he can, but it isn’t easy when the Guards of Ends who protect the queen believe him to be false.

A confrontation with Assassa will be the death of him, Lashlor is certain. However, the king insists on his help and it soon becomes apparent that he may have no choice.

In the Kingdom of Ends, wizards and other magic users are identified by a magical medallion hung about their necks. Lashlor is a wizard who refuses to use his power. But when an evil and powerful sorceress threatens the Queen's life and the King's throne, he just might be forced to act, even the entire kingdom believes him to be a fake.

Mrs. Finaughty's novel, a short tale I read in about thirty minutes, is a magical whirlwind. I almost wish it was longer!
You've got your typical characters: the crazy person who wants to be a ruler, a haughty king, a benevolent queen and your hero, the dashing and reluctant wizard. Usually, when charters are so basic, I quickly get bored.
These characters, however, are all so fitting with each other and this wonderful world they inhabit. Lashlor, especially, is endearing. You'll be rooting for him all 66 pages.
While I found the story, as I said, a little short for my liking, I still thoroughly enjoyed it. You know an author is talented even you can see a mini-movie in your mind as you read their words. That's what <em>Wizard of Ends</em> was like, having a private movie on my head.
I can't wait to read more from her!

Thank you for hosting me on your blog today, Kelly.

My new fantasy adventure series, Wizard of Ends, was inspired by my baby daughter, in a way. In fact, if I’m to be completely honest, she’s the only reason the series exists. I hadn’t written anything for almost two years before I found out I was pregnant, because I was ‘too busy with work’. At the time, I was working incredibly long hours, often until after midnight, which left no time for writing. So if I really was too busy with work, why, then, the quotes? They’re there because I’ve since learnt that you’re never truly too busy to do the things you enjoy the most. Certain things may make it harder to find time to write, but nothing in this universe has the power to make it impossible if it’s what you really want to be doing. Sometimes all we need is the right motivation – I found mine in my first child, and went from doing no personal writing in two years to writing three books in less than two years… and that with even less time to sit at the PC and write.

When my daughter was born, it hit me that it’s my responsibility to teach her there’s nothing she cannot do if she puts her mind to it and tries hard enough. How was I supposed to teach her that, though, if I was doing the opposite? Hence, I got down to business and wrote the third book in my Legends of Origin series, and then, for the first time in two years, I actually started writing a new book, a story clamouring inside my head for attention.

The first word of Wizard of Ends was written at a time when I needed something fun and light-hearted. The story is fast-paced and what I consider light reading, and I had loads of fun writing it. One ARC reviewer called it ‘refreshing’, which is exactly what I set out to create – a refreshing read that, while it won’t make you think too hard, will hopefully still leave you with plenty to ponder.

I don’t have a clear indication of how many books this series will ultimately have, because the story only comes to me as I write. I have an idea of what will happen in Book 3, Mountains of Eclador, and have already started writing it, but, after that, your guess is as good as mine! That’s what makes writing fun for me – I often have to write the rest in order to know how it ends. If I don’t care what happens next, I know it’s rubbish and needs to be deleted. I can, however, tell you that you can expect this series to be reasonably long, probably at least seven to ten books (but don’t hold me to that).

I’d like to think that, once the series is complete, the wizard, Lashlor, and all my other main characters will ‘live happily ever after’. In the past, I had a tendency to kill off many of my main characters, but I think that’s because I wrote mostly thrillers when I first started writing, and how much thrill can you get from something if you already know the MC will survive and be happy at the end? I don’t know for sure if everything will work out okay for Lashlor and the others at the end of the series, but I hope it will. I’m certainly not planning to kill off any of the characters like I did in the past.

When I think about it, after the series has ended, I imagine Lashlor as a grey-haired old man whom everyone goes to for advice, and I see King Lanaran and Queen Narraki still together, surrounded by grandchildren. I can’t be sure if this is how it will end for them, but I hope it’s something along those lines, at least! Readers prefer happy endings, and so do I.

Vanessa Finaughty is an author of many genres who now focuses on fantasy and science fiction. She’s published 15 books, of which 6 are fantasy. Vanessa grew up in Cape Town, South Africa, and still lives there with her husband of fifteen years, her baby daughter and plenty of furry, four-legged ‘children’.
Vanessa has always been passionate about books, and knew from a young age that she wanted to write them one day. She loves animals, coffee and the smell of wet grass, and hates liars, sweltering weather and long queues. Her interests include reading, photography, the supernatural, mythology, aliens and outer space, ancient history, life’s mysteries and martial arts, of which she has five years’ experience. 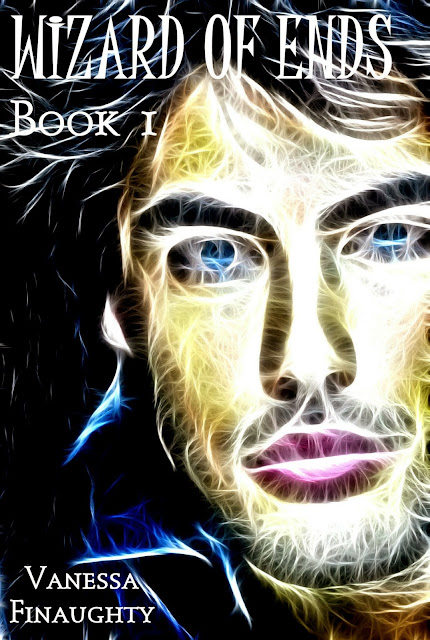 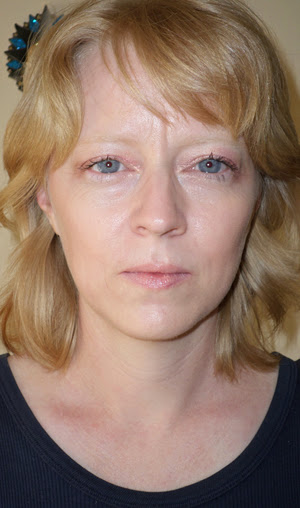