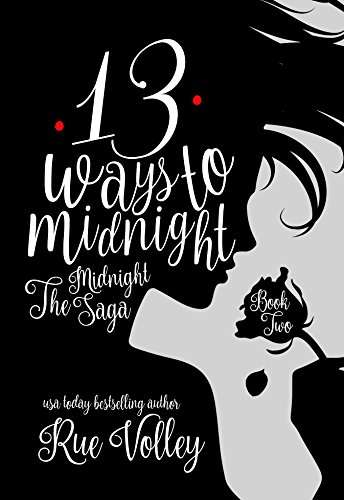 Once upon a time, there was a girl who didn't believe in monsters.
Until now.

Echo Midnight Navarri has reached her seventeenth birthday--alone.
It's been well over a year since her twin, Midnight, slipped from her hand into a ravine shrouded in blue mist deep in the Brazilian jungle.
The locals refer it to as the veil.
Echo believes it is a nightmare.
One that she can't seem to escape.
Her parents, world-famous archaeologists, Peter and Alice Navarri, stayed behind after sending Echo to live with her aunt in a rainy little town at the edge of the world known as Port Royal.
The search continues, but the mystery remains.
Echo continues to dream as the memories of the events leading up to that fateful night start to reveal themselves to her.
Piece by piece, bit by bit.
Exposing the truth and forcing in the light where once there was only darkness.
Despite everything, she has made friends, even a new boy named Asher Tiberious Westbrook the third, a self-proclaimed warlock who doesn't mind that Echo tends to shy away from anyone who wants to be close to her.
But she fears intimacy after losing her sister, especially with him.
Not Asher.
Thorn Vega.
A boy whose terrifying secrets may outweigh her own.

I received an ARC of this book from the author in exchange for an honest review.

What. The. Fuck.
I just finished 13WTM2 at 9:15 this evening, just three hours before release, so I could make sure to get my review in. Things got busy, so I read 40% in one breathless sitting. And I do mean breathless.
So, please read 13WTM (book one) before reading this, or you'll be hopelessly lost with this book. If you already read book one, you're going to need this book immediately.
So we have our cast of characters from book one (the whole Navarri family, the Vega family, Mattie, Bri, and Daniel, as well as some other minor characters), but we also have a new character to contend with: Asher Westbook the Third. Asher might be the fly in the ointment for Echo and Thorn, or he could be the person Echo needed in her life. Time will tell.
As usual, Persephone Vega (the sexy Thorn's aunt) is a real C-U-Next-Tuesday, and on the opposite end of the spectrum, Echo's aunt Luna is so delightful, she's a ray of bright sunshine in a very dark narrative. She has her own past that's explored a bit more here in this book, and that is just a little heartbreaking. But it was great knowing more about my favorite character! And Eyota...is it sad that I'm kinda crushing on him?
I want to talk so much about Echo and Thorn. But I can't. Because once I get started talking about a book I love I get all spoilery, and I don't want to do that to you. Thorn is so dark, so mysterious, and yet so vulnerable. I still can't figure out if he's a hero or could be Echo's downfall. Or...could she be his?
I like Asher, I hope he sticks around a while. He's kind, childlike, but magical (literally!). I think he'd be a great friend to Echo.
I loved that Bri and Mattie's relationship got some page time, too, and hope to see a lot more of them in the series.
Now, the plot twist. Oh my God the freakin' plot twist! Actually, there are many twists. But THE twist, literally the very last sentence of this book. Just...I don't have words. I'm still processing the book right now, so forgive me if I sound unprofessional at all.
I honestly think that these books are the best things to happen to young adult literature since Harry Potter. I'm invested in each and every character, even the ones I hate (looking at you, Persephone). The emotions are so raw and real, I felt like I had fallen through the book like Alice down the rabbit hole. Rue Volley's words grip you into their spell and don't let you go, even after the book is closed. This world is so real, so tangible, so darkly beautiful, I want to stay there forever.
So beware when you enter Port Royal...you might not be able to escape.