I became a writer because it felt like the right thing to do. I know that might be a boring answer, but it's the truth. When I was growing up, I always had different story ideas wandering around my head, but I couldn't do much with them. It wasn't until I got my Masters in Creative Writing that I really "unlocked" the author living in the back of my mind all these years and let her flex her writing muscles.
By day, I am a freelance copywriter, so writing is truly my job. But writing fiction is like therapy for me. I get to go off into these worlds and lives that I've created and just have fun.

I was a HUGE Star Wars nerd when I was younger, so I think I've read just about every Star Wars book there is. Troy Denning was one of my favorite authors, for sure. Today, my tastes have changed just a tad. Gillian Flynn is my new favorite author. I often joke that she's the author I want to be when I grow up. From her genre to writing style, she is the epitome of the kind of author I want to be.

3. What was the inspiration behind your novel The Mirror Stage?

My love of crime shows, for sure. There aren't many crime shows I'm not watching. I really wanted to take that affinity and see if I could take all the parts of shows that I enjoyed and create my own story.
There are a lot of pieces of me in this book. I set it in Seattle because I'm absolutely in love with that city. It's where my husband and I honeymooned (we actually stayed on Whidbey Island!) and I really connected with that place. I also wanted to write a story that was more than just a crime thriller. While one of the main themes of the story is an FBI investigation, I also wanted to make it a story about change and acceptance and coming to terms with parts of yourself that you have spent years burying.

4. Why decide to make it a trilogy?

To provide a little backstory, The Mirror Stage was written originally as a One Hour TV Show script for my thesis project for my Masters degree. As part of the project, I had to create a show bible that included a 13-episode story arc. After I graduated, I knew I wanted to really write this story that I'd spent a year working on. So the pilot episode I'd scripted became Book 1, and I decided to crunch the rest of the "season" into two other books.

5. Why did you make your main character a novelist? I always wonder, because every writer has a different reason.

Funny story: Ada was originally a criminology professor. But there were just too many gaps and issues with her teaching something that she is essentially terrified of. So I changed her to a novelist. I did this because, in my mind, she wants to write about crimes that she controls the ending of. She didn't have a say in how her crime story ended, so now she controls the endings.

I wouldn't say any were taken from real life, but I definitely spent a long time figuring out who my favorite characters have been over the years. Once I had that list, I picked out the personalities and quirks I gravitated toward and clumped those into the characters in The Mirror Stage.

I think YA might be fun to try. I also love reading dystopian books, so maybe one day I'll try that!

8. Are you a fan of serial killers? Do they interest you?

I literally don't know how to answer this without sounding completely creepy! They do interest me, simply because of how differently their thought processes run. They are such complex personalities, they are so easy to make incredibly intriguing.

9. Will we learn more about James's past in book two?

Absolutely. Book 2 is (drum roll please) titled The Imaginary, and it will dig deeper into basically character. I'm sure authors aren't supposed to play favorites, but James might actually be my favorite character. I go back and forth between him and Ada. In The Imaginary, we will get a better idea of why he's searching for his sister. We'll also meet the team's actual analyst, Janice Otto, which is going to provide an interesting dynamic to the investigation when we pick back up with the story.
I know most people were in a love/hate relationship with James by the end of The Mirror Stage, but I'm hoping that by the end of The Imaginary, everyone will be rooting for him more than loathing him.

10. You said that The Mirror Stage was originally a screenplay for college. Would you like to see it as a film? If yes, who do you want to star in it?

A film would be interesting! It was laid out to be a TV show, so I think that would still be the best medium for it.
As far as who would play who...I'm not sure if this is another thing that authors are supposed to shy away from saying. I've heard some authors say that they don't want to set faces to their characters because then they're intruding on the reader's interpretation. I can understand that, but at the same time, I write these characters with specific "faces" in mind, so I want to see if who I've been picturing lines up with how everyone else sees the gang!
For Ada, I've gone back and forth between three actresses: Ana Giradot, Minka Kelly and Alicia Vikander. For James, it's always been Jensen Ackles. I am a massive Supernatural fan, and I love him as an actor. I honestly can't imagine anyone else playing James because Jensen Ackles has been his "face" in my mind since day one. Dade is another one that I've always had one actor in mind for: Theo James. Brenda is another toss up. I like either Thandie Newton or Zoe Saldana. She needs to be someone strong yet gentle.

Still writing books! I'd love to be published traditionally, too.

Honestly, I have no idea. Writing is my job and my hobby!

Book 3 of The Imago Trilogy! It's actually pretty bittersweet to be getting ready to close this story out. It's been part of my life for a little over two years now! The Imaginary is about to release, as well, and I can't wait to share the next part of the story with everyone.

J.K. Rowling. Is that a lame answer? The journey she went through to become an author is similar to mine, and I think we would have a lot of fun.

1. I was having trouble coming up with new character names. As I was walking one of my Great Danes, we passed by a cemetery and I started scanning tombstones without thinking about it. Oddly enough, I think I found the name I was wracking my brain for!
2. I think clowns are the most terrifying things. Ever.
3. Opening presents in front of people stresses me out. 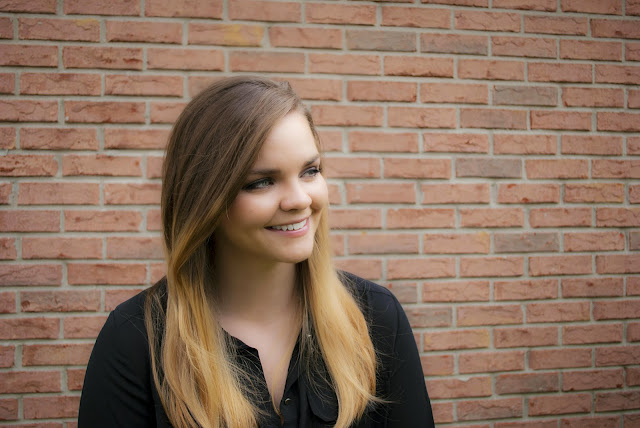 Posted by Kelly Smith Reviews at 10:36 AM