I've been writing since about the age of 10. I think it was the allure of creating imaginery worlds and places. Perhaps being (and still being) an introvert contributed to this in some way. That, and my parents belief that a child should always have their noses buried in a book.

I read a ton of Terry Pratchett, Stephen King, Robert Jordan, Dean Koontz and James Herbert, to mention but a few. I preferred the fantasy and horror genres. My tastes have remained practially unchanged. However, I'm finding great joy in reading indie authors' books. There are some talented writers out there.

3. What was the inspiration behind your novel Compile:Quest?

The concept of the domes came from Jacques Frescoe's "The Venus Project", which is a societal model that stems from a resource-based economy. From this came the idea of how life in the future could operate. But I knew not everyone would be able to get inside the domes. So I started wondering about the people living outside. From those scraps the story just evolved into the beast it is today.

Futuristic sci-fi is like a petri dish for the mind. You can grow the most fantastic things in there. New societies, technologies... the sky's the limit. Or... well... space is the limit. Or is it?
Basically, it allows for a blank canvas that makes painting the world you want your characters to reside in so much easier. You write your own history (depending how far into the future your novel is set), and you can decide which path mankind wanders (or stumbles) down.

5. Will we see these characters again in the future?

Yes. There is a second and a third book on the way. Depending on the interest in the series, I'll consider writing a prequel. But I have tons of other writing projects, so the prequel might take a backseat for now.

6. Were any of your characters' personalities or emotions taken from real life?

I'm sure they were. I lack any kind of cataloguing system in my brain. So when I see the characters in my mind, I do often find they do have their own quirks. I assume some of these might be from people I know, or movies I've watched, or other books I've read, but it's as if they have all been processed and spat out as something completely different.

I will be writing a horror novel after this, then switching back to sci-fi. I might ressurect an uncompleted fantasy novel from my youth or start a new one.

8. What would you do if you were in either of your protagonists' positions?

I really don't know. I'm so different from any of them that I probably wouldn't even *get* into those positions were it me. But  if I did? Then I'd probably curl up into a little ball and sing a happy song until all the weird goes away. I'm neither brave nor scrappy.

9. You say on your site that you also write horror. What are your plans on releasing anything horror-based in the future?

Yes, I will be writing a horror after I'm done with the second and third books of the Corrupted SUN Script. I would estimate, if all goes well, that is should be released March/April next year.

10. Would you like to see as Compile:Quest as a film or TV show? Who do you want to play your characters?

Yes please! I think the books are a bit lengthy for a movie, but I can definitely see it as a 8-episode, 3-season television series.

Once done with the second and third book in the Corrupted SUN Script trilogy, I'll be writing a horror, "Zealot", and then another sci-fi series.

Most definitely Terry Pratchett. I am constantly in awe of his writing skills, and to be able to collaborate with him would be amazing.

1 - I love dancing to dubstep/glitch hop/trance and various other forms of electronica.
2 - I've never riden a train or flown in a plane.
3 - I'm a terrible poet.

Ronel is a brand-spanking new indie author. She loves creating fantastical worlds set in the future, the mythical, and the horrific. Translate: She writes science-fiction, fantasy and horror novels.
Her life story is not particularly fascinating, but her love of technology, PC games and writing is. Beside writing, she spends her time slaying rendered baddies in the form of robots, gangsters and aliens - with any weapon that happens to be at hand.
Ronel has published her first science-fiction book, Compile:Quest. She's currently hard at work creating the second book in the Corrupted SUN Script trilogy. When she's not writing, she's gaming, and when she's not gaming she's either sleeping or eating, as these are prerequisites for a continued life on planet Earth.

In the year 2036, solar storms batter Earth. The world's electrical infrastructure is crippled. Night falls and the ensuing pandemonium claims millions of lives, catapulting mankind into chaos.
In the midst of this global turmoil a hero emerges. The altruistic SUN Council intercedes. They construct enormous domes on each continent to protect the world’s population from the radioactive CME’s of the incessant solar storms.
But not everyone makes it to the domes. In an attempt to survive the deadly radiation, hundreds of thousands of people burrow into the earth, living in squalor under an oppressive dictatorship.
Now centuries later, the final stage of the SUN Council’s plan to decimate the world’s population approaches. But as victory glimmers on the horizon, two women from discordant halves of this new world start to unravel the conspiracy. 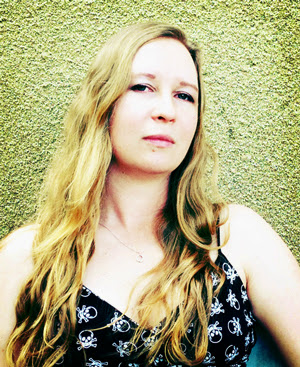 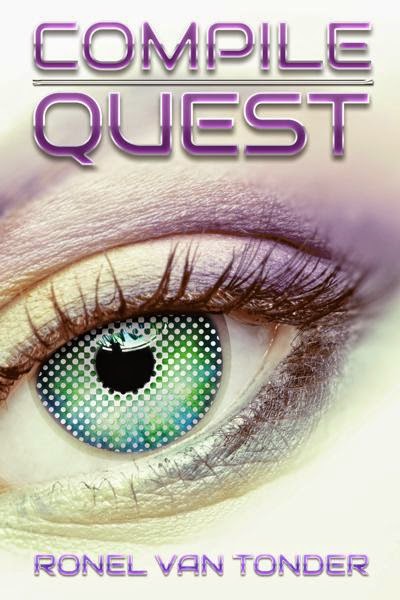 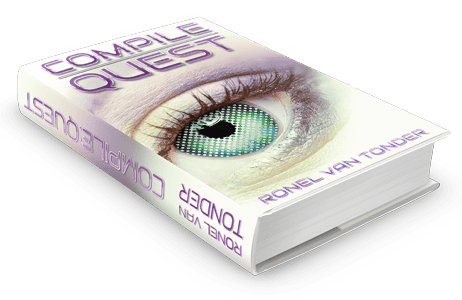 Posted by Kelly Smith Reviews at 10:48 AM