BOOK SALE: "Quest For The Red Sapphire" by Rival Gates

Quest For The Red Sapphire is on sale for only $0.99 on Amazon Kindle!

General Linvin Grithinshield was used to enemies trying to kill him on the battlefields of the medieval world of Lavacia. Now he has the fear of being killed anytime, anywhere. He thinks he is summoned home from the goblin wars to oversee the family merchant empire after his father’s disappearance; and for a while he is right. Then his mother is assassinated and Linvin’s true purpose is revealed. He must seek out and find the all-powerful Red Sapphire and claim its might before the murders find it…or him. With new dangers around every turn in an ever-escalating spiral of violence, he must prove himself worthy of the gem and lead his party to success against insurmountable odds. To fail would mean death for far more than just him. The world, itself, could fall into permanent shadow and darkness. 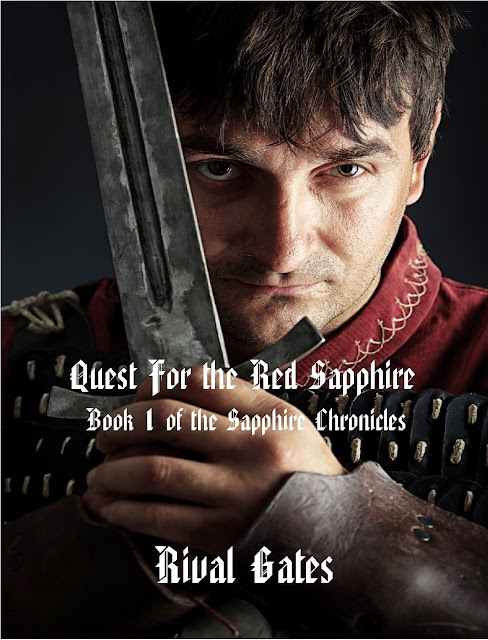