In my bio, many of you might've noticed that I said I might refer some music to my readers. I said that because music is a passion equal to books for me. It is another escape mechanism from reality, and it incites such deep feelings of...nearly anything. Love, sadness, anger and understanding are just some of what the listener will experience.
Until now, I have fallen short in that department due to the time my blog takes up normally (and I wouldn't have it any other way!!!), but this year I promise you all I will not slack off anymore!
I will try my best to do this monthly (hence the post title): dedicate a post to an artist/band I enjoy listening to and share them with you all. Here is my first artist: my amazingly talented and supportive friends, Awaken The Empire.


Originally formed in Los Angeles, California a few years ago, Awaken The Empire built a small but dedicated cult following worldwide (who call themselves "Insomniacs") with their unique brand of electronic rock music, sounding like a mix of 30 Seconds To Mars and Aerosmith.
They released two videos, "The Awakening" and "Rise+ Fall", and, most notably, they'd opened for indie synth-rock band Kill Hannah at their annual New Heart For X-Mas show in 2012 in Chicago, Illinois (the show, which brings in fans from all over the world, was then in its ninth year).
Not long after that, they topped the MTV Buzzworthy charts with their video for "Rise+Fall", receiving high praise and gaining popularity.
Members Damien Lawson (vocals, guitar, lyrics), Daryl Falconer (drums), Shivan Somaratane (guitar) and newest member Romina Fronti (bass) then took a short break, making some changes including their location (current base of operations is an island off of Seattle, Washington) and sound, turning to the more alternative subgenre of rock.
Now, they're working on new music to release with Another Century Records (subsidiary of Century Media Records), planning a tour and want to make 2015 their year. And I, having known them all for years, believe that this could truly be the year of ATE!


Watch the music video for "Cross My Heart" here:

Band accounts are as follows: 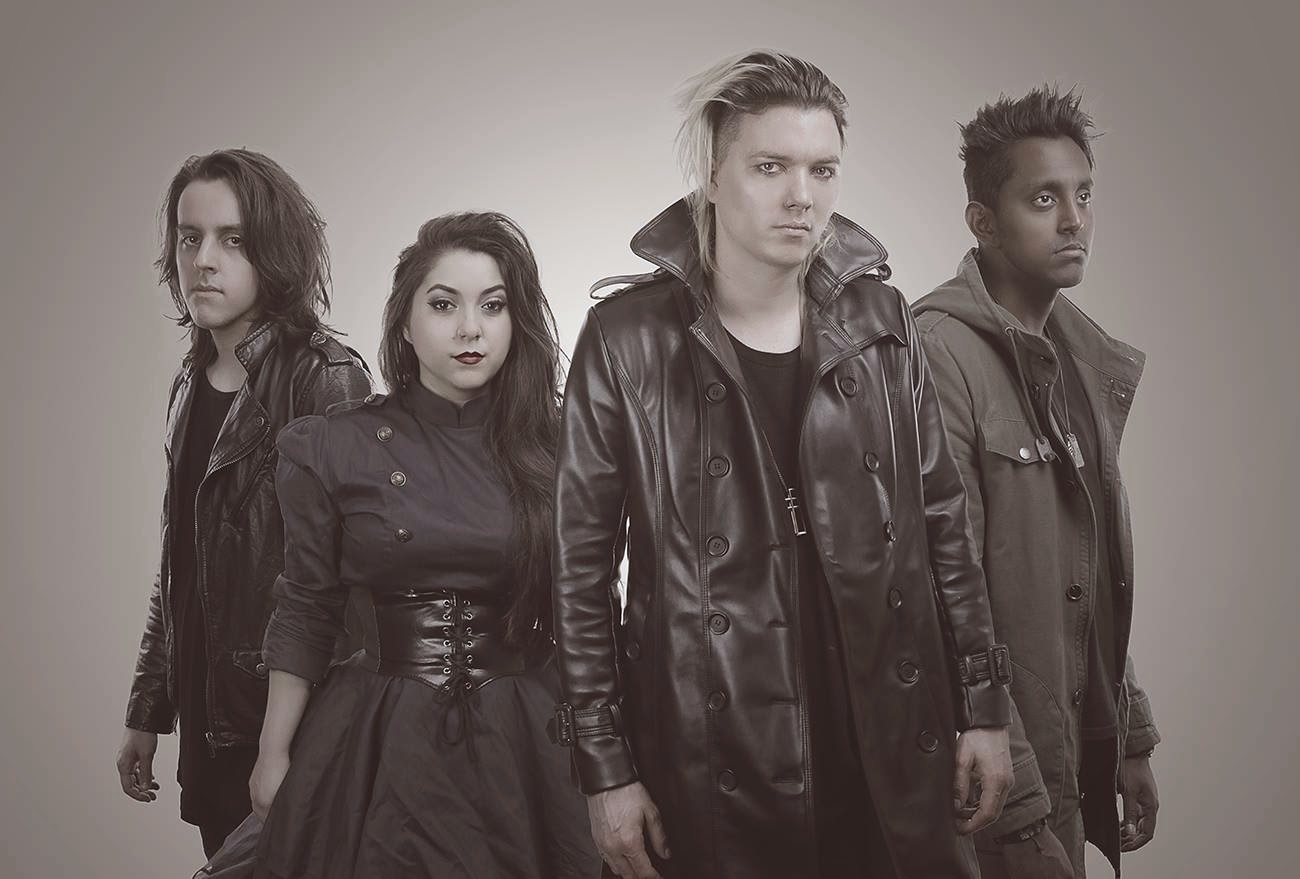