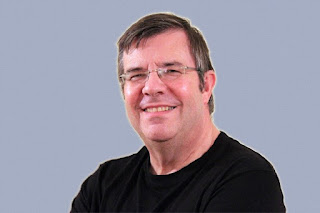 Ah. A nice simple question to start with because I can be very precise about both the When and the Why. The 'when' was 19 March 2011, 21:00. And the ‘why’ is still online at Tripadvisor (yes, the same place people go to leave reviews saying that the hotel was perfect except the staff refused to do anything about the weather) Way back in 2011 we went to Las Vegas (AKA Lost Wages) and since we don't gamble it's the perfect place to go (everything is really cheap, right until that moment when you say 'I'll just have one go at this machine.) Now normally I won't have bothered with a review, but this time things didn't quite go according to plan, and I thought it might amuse others to read of our misfortunes The review is still on line http://goo.gl/glrjOZ, have a look, it might amuse you, because it certainly amused lots of other people. The whole thing attracted over a hundred replies. That’s a hundred people who ‘did read what I wrote’ and enjoyed it. This was deeply confusing and almost seemed to fly in the face of everything that had happened so far. That was my first taste of public acclaim, and it's the most seductive drug ever.

If I may first clarify the word 'inspired', because according the internet (which we all know is never wrong) one meaning of the word is to be " imbued with the spirit to do something" and at the time I read the below authors I had no more idea of doing what they had done that I would have of climbing the north face of the Eiger in a swim suit But on with the list First and foremost is of course Stephen King, and the 'of course' is because he has done more to shape modern horror than any other writer and has become one of the most popular writers in the world. There are probably inuit Eskimos who know the plot of The Shining (spoiler, the hotel does it) No one else does small town paranoia with such clarity and detail. Other writers in the section? Mick Farren (hands up if you remember him) Terry Pratchett, Charles Stross (but oddly enough only the laundry series), Adam Hall ... I could be here all week, But on to the second part of the question "enjoy reading today". And the answer to that is everything and anything. My reading has been described as eclectic and also "you read this stuff?" The most recent thing I've read is Skullcrack City by Jeremy Robert Johnson, a novel so amazing that I reached the end and started again at page one (buy this at the same time as my book and double your fun) Waiting to be read is the latest Laundry novel, and also the latest Stephen King. Busy, busy, busy.

3. What was the inspiration behind your novel Walk In The Flesh?

The idea was the1966 film Arabesque and a scene where the The Bad Guy ™ is trying to kill our heroes with a crane and wrecking ball. It's not much of a spoiler to say that they got away, but I wondered what would have happened if they had not. In fact rather than running away from the wrecking ball they threw themselves under it. That classes as a 100% none survivable situation, and yet the rest of the film needed them. And reconciling one with the other was the seed for Walk In The Flesh But that was just the idea, the clothes that I dressed that idea in (the nanotechnology, Neil’s back story) were an accumulation of everything I had read till that date. Specifically J.G. Ballard’s psychological landscapes, Michael Crichton’s technological detail and of course Stephen King’s depth of character (or at least I hope so).

4. Why did you decide to mix suspense fiction with sci-fi?

Short answer, I didn't! Because 'decide' implies free will and there was never a moment when I planned the 'feel' of the book. As H.P.Lovecraft said, sometimes it feels less like writing, and more like dictation from some deeper part of the mind. I had a mental picture of the whole book, all* I had to do was write it down (* this is of course a new and completely understated way of using this word).

5. If you could be made into a cyborg, would you do it?

Yes, 100% yes. I've reached that advanced age where doctors’ appointments have become more frequent than nights out and people offer me seats on public transport. At this point the idea of an ageless unwearying machine has certain attractions. The question then becomes - would that cyborg still be me? How much of our humanity is linked to the weak bodies we wear, and how much empathy would there be for the ones left unchanged? Would the separation just create the psychotic killer of Walk In The Flesh?

Only in the most general sense that perhaps some of them were an amalgam of everyone I've ever met. The idea of ever meeting Neil fills me with horror - and I created him! One review described the book as the creepiest thing they'd read, and I can fully understand that viewpoint. Neil is basically a puppet, to the people that created him, but also to himself.

Crime*, I've a half completed novel that I've put to one side for another day and a psychological* thriller all mapped out and ready to be transferred to paper (Still contains significant horror).

8. Will we ever see any of these characters again?

Possibly. When I finished Walk I thought that was that, and it while it might be that - but it's not the end. There is one character we met only briefly who could return, but there is also the wider implications of the technology used. Somewhere in the back of my mind (my unconscious is much better than I at putting plots together) I'm building a plot that covers both of those possibilities.

9. Why terrorists? What made you decide to use them as the background for Neil's purpose?

The terrorists started out life as generic bad guys, but then I started to consider the world that they came from, but also the changes they would make to that world. This gave me large parts of the plot and also the most important thing in any book – motivation. Putting a book together is a bit like testing mice in a maze (only with less small furry rodents.) Because in both cases you need something to make the players move. For the mice its cheese, but people require more subtle things to goad them on.

10. Would you like to see Walk In The Flesh as a film? If yes, who do you want to see play your characters?

I’d like to say Jason Statham as Neil, just because Jason is very good in action scenes – but also because he looks ‘gritty’ and real (=less Hollywood). But the real answer would have to be that Neil should look bland and unmemorable because Neil is everyone, each time we meet him he wears another body just as easily as we would put on a jacket. Ariana on the other hand is an ordinary person who becomes part of something extraordinary and gets to find out what sort of person she really is. I wanted her to be a strong woman, but not Ripley (Aliens) strong. I never saw her kicking ass – but rising to the occasion. Or in short, perhaps Daisy Ridley or India Eisley.

I hope much further through writing all the books I have outlined and ready to become flesh (well ones and zeros anyway).

I … I don't know! That's really hard to think about because I'm always writing, and if not physically pressing keys then I'm thinking what those keystrokes should say. I've written in hospital, on long haul flights. Somebody once said (and I'm damned if I can remember who!) that inspiration is like drops of rain, and if not drained away by getting them on the page then you drown. I really cannot think of a life without writing. What would I think about, what would I do with my time! The very idea fills me with horror.

I’m 50% of the way through writing The Kings Of This World. An alien invasion with a big difference and a killer ending (well I think so– but then I may be biased!) This should be complete and submitted to publishers by the end of the year.

I think it would have to be H.P.Lovecraft, because other authors have good ideas. Some of them create complete worlds. But only Howard Phillips had the vision to see our world as an all-you-can-eat buffet surrounded by hungry diners. That takes a whole new level of creativity.

I love industrial music (S.I.T.D, VNV Nation, apoptygma berserk etc) In July 2013 I broke my arm & shoulder so effectively that the hospital had never seen that level of damage before I’ve never read a romance novel (and I’m trying to keep it that way).