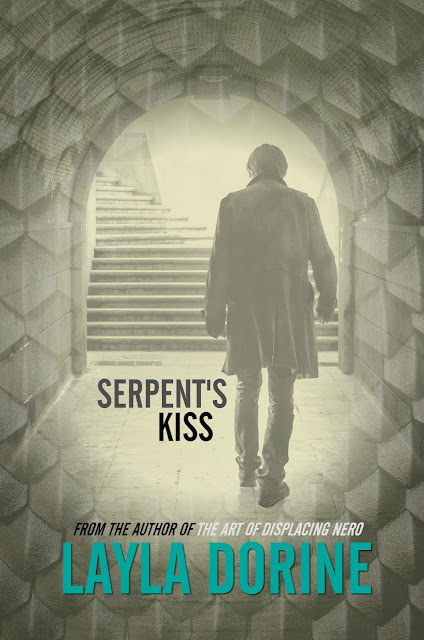 While searching for their missing sibling, Zaiden and his sister, Kaandhal come across the last pure blooded psy-clairvoyant of their kind. Unfortunately for them, Darian has no idea what he truly is and isn’t much interested in learning, or in helping them locate their brother, Zxex.
A bounty hunter by trade, who’s been all but banished from his family due to his visions, Darian’s a bit cynical about his ability to be of any assistance to them. Never-the-less, Zaiden brings him back to their home Rhumba, where Darian discovers that very little is what it seems.
With plots unfolding all around them and discoveries about his own heritage leaving Darian reeling, he is left with the choice of whether to embrace who and what he is, or spend every moment with them a prisoner on the fringes of their society.
Add in a pesky little bond that only seems to grow the more time he and Zaiden spend together, and several factions looking to gain possession of him and Darian is left wondering if his visions just might be the least of his troubles.

Excerpt
He caught sight of his mismatched eyes in the mirror as he headed to the living room, desperate to put the day behind him. As always, seeing those eyes reminded him of how defective he really was, and not just on the outside, but the inside too. His green eye was blind, save for those moments when it decided to peer into the soul of another and bring their future or past roaring like a waterfall of images through his mind.
The twisted part of him, the cold, sick, sadistic nature that set him apart as much as his stare, loved when those images spelled out pain, misfortune, and death, death was a high that left him without the
need for drugs or the bottle gods. What kind of monster fed off the hurt of others the way vampires fed off blood, hell, he was worse than any bloodsucker, at least they spared their victims pain when they could, left them with pleasant, sometimes even erotic memories and licked the wound closed to hide where it had been. Him, he just busted lives open wide, sucking in all that delicious fear, doubt, paranoia, oh god but he loved when he got the paranoid ones, he’d fuck with them for days before allowing the visions to play out the way they were supposed to. Drop them a little hint here, a little clue there, let them know disaster was breathing down their necks and watch as they scrambled to do everything in their power to avoid it. Only there was never anything that they could do.
He was caught between self-loathing and longing for just the right kind of paranoid son of a bitch that might help him forget this day when his eyes landed on his couch. Sitting where he’d planned to drop his ass and rest was a woman with blood diamond scales running down her arms and the brightest ruby eyes he’d ever seen. Crimson lips parted to reveal a pair of brilliant white fangs and her hair was the color of sunsets, all red and orange hues spilling down her back. A pattern of scales ran up her forehead like a widow’s peak, and covered her cheekbones. Her ears were mere slits set against the silver and red prismatic colors and when she turned, he was sure he heard rattling and looked down to see a snake’s tail coiled on his plush leather cushions.
“What. The. Fuck,” he stammered, wishing he hadn’t taken off his gun.
She hissed, like lips peeled back, forked tongue darting out and flickering in his direction kind of hiss and he shrank back, ‘cause however messed up he was, she was way on the other side of normal.
“Your crass words are offensive to my ears,” she seethed, coils uncoiling and snaking toward him.
He took another step back, ‘til the backs of his legs hit the front of a chair and he dropped his ass in the lumpy thing.
“Apologize,” she ordered.
He opened his mouth to tell her to go to hell, but all that came out was a choked wheeze as something squeezed his throat so hard he was seeing red spots and haze.
“You were told to apologize,” a deeper, harsher voice ordered, and Darrell forced himself to focus, to grasp the coils around his neck and pull at the thick weight of them enough to catch a gasp of air.
“Fuck. You!” he gasped, then wished like hell he hadn’t said that because the crushing weight constricted more and no amount of clawing at it could buy him a single gulp of air. The haze grew, his vision beginning to go dark when at last the coils let up and he slumped backwards without them to hold him up. At least the chair caught him; he gave thanks for it while he sucked in as much air as he could, despite the soreness of his throat and the throbbing pain in his head.
“I would not suggest taking that tone with me again, or using that kind of language,” the female…thing said, and Darrell tried to focus on her again, while keeping his eye on the big piebald colored snakeman coiled inches to his left.
“I have a name, and it is not ‘thing’,” she informed him sternly.
“You…you’re reading my mind,” he choked out.
“Not that it is very difficult, but yes,” she informed him. 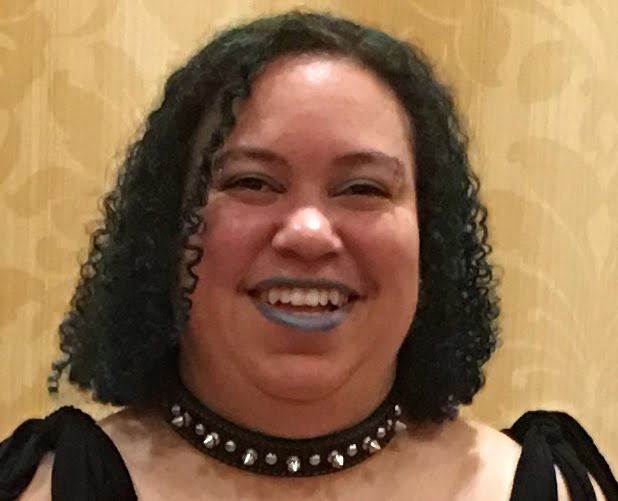 About the Author
LAYLA DORINE lives among the sprawling prairies of Midwestern America, in a house with more cats than people. She loves hiking, fishing, swimming, martial arts, camping out, photography, cooking, and dabbling with several artistic mediums. In addition, she loves to travel and visit museums, historic, and haunted places.
Layla got hooked on writing as a child, starting with poetry and then branching out, and she hasn’t stopped writing since. Hard times, troubled times, the lives of her characters are never easy, but then what life is? The story is in the struggle, the journey, the triumphs and the falls. She writes about artists, musicians, loners, drifters, dreamers, hippies, bikers, truckers, hunters and all the other folks that she’s met and fallen in love with over the years. Sometimes she writes urban romance and sometimes its aliens crash landing near a roadside bar. When she isn’t writing, or wandering somewhere outdoors, she can often be found curled up with a good book and a kitty on her lap.
Layla Dorine can be found at:
Facebook: https://www.facebook.com/profile.php?id=100005197938547&fref=ts
Twitter: https://twitter.com/layladorine
Pinterest: http://www.pinterest.com/layladorine/
Tumblr: https://layladorine.tumblr.com/
Author Website: layladorine13.wix.com/layladorineauthor
Author on Goodreads: https://www.goodreads.com/author/show/9814124.Layla_Dorine
Posted by Unknown at 5:00 AM