I didn't actually decide.  From a young age I had several family members I used to correspond with and I enjoyed writing those letters.  Yes, I'm from a time when one had to use pen and ink to communicate.  Decades ago I was working with a cross platform library called the Zinc Application Framework (ZAF).  I was appalled at the lack of books on the product, so I wrote a couple.  The same thing happened years later when I wrote “The Minimum You Need to Know to Be an OpenVMS Application Developer.”  There simply was a lack of decent books on the subject, so I wrote one.  That book was the first of what became a trademarked book series.
You probably are only interested in the novels though.  There is this company which advertises in “theWriter” magazine.  They advertise a great many novelty products for writers.  The one I will probably buy many of some day is a T-shirt with the phrase “Be careful or you will end up in my novel” or something along those lines.  That saying is absolutely true.  “Infinite Exposure” came about because somebody at Citi Bank pissed me off one day.  It sent into motion events which triggered memories of other things.  Characters started coming forward to tell their story, so, I wrote it down.

I used to read a lot of Stephen R. Donaldson, George Martin and Robert Jordan.  You may be shocked to hear this, but I don't really read today.  I read a lot of Time magazine and I get quite a few movies via a DVD by mail service (not NetFlix.)  There is some incredible writing taking place in movies and even television shows.  Downton Abbey excels on so many levels.

3. What was the inspiration behind your novel John Smith: Last Known Survivor of the Microsoft Wars?

Those people who read “Infinite Exposure” and contacted me wanting to know more.  This made John Smith surface.  Well, it made the character surface.  He didn't have a name for most of the book.  John needed someone to talk to and Susan volunteered.  Unlike John, Susan had a first name throughout the entire first draft. Her last name, Krowley, is a nod to the Crawley family of Downton Abbey.  They did have family in America after all.  John Smith is full of winks and nods and they aren't all to previous works of science fiction.

Yes.  Assuming this book does well, I would like to find a young and gifted writer to collaborate with on “John Smith: The Last Gift of Atlantis.” That book will provide the framework of the world John Smith surfaced in.  After that I would like to step aside letting the new writer flesh out the world in either a trilogy or a series.  Such a hand off requires a collaboration.

5. What was the symbolism behind making the internet, phones, etc. extinct in this story?

Not symbolism as much as fact.  That which is taken for granted doesn't get saved. In a recent Op-ed for the History News Network I put forth this simple fact:  We have the 'Seven Wonders of the World' because mankind has repeatedly lost the ability to create them.  Every civilization/cycle of the human race has believed it would exist forever therefore it does not “waste time” recording the simple things in a permanent manner.
Some say the Great Pyramids had thousands of people working on them.  Obviously the knowledge of how to cut and transport massive stone blocks was in large circulation among the working class. Today we have speculation, wild speculation and conspiracy theories galore about how those pyramids were built. Why?  Because when that cycle of the human race ended this basic knowledge wasn't recorded in a manner which survives today.

Every author puts a bit of themselves into a character.  The amount I put in will probably be the subject of debate for years to come.

Between the geek books I write for “The Minimum You Need to Know” book series, and this little world I've covered most of the genres I like.  For years I have had this idea of an interlocking trilogy I've wanted to publish as the “Twenty of Two” trilogy.  Haven't done a lot with it.
Traditional trilogies have a beginning, middle and end.  For the most part they follow a linear course with a few flashbacks for back story.  What about a trilogy which is concentric rings:
•the first is the big picture
•the second goes deeper covering fewer and different stories
•the third uncovers the one central story which caused it all to happen
I've kind of done that now.  Fans of “Infinite Exposure” wanted to know more.  This lead to John Smith.  Those fans want to know more from both before and after.  The before I'm working on now, “Lesedi: The Greatest Lie Ever Told.” “Infinite Exposure” and John Smith can and do stand alone.  Lesedi has to stand on top of those two works.  When it does it is a strong trilogy.  Granted I had not set out to write a trilogy when I wrote the first two.  As I have said before, “Infinite Exposure” came about because someone at Citi Bank really honked me off.

8. What would you do if you were in the same position your character is in?

Die.  I have all kinds of power tools but they are useless without power.  I have worked on family and friends houses but no idea how to build one from scratch despite having seen it done many times.  While I can grow a garden and raise livestock because I still live on a farm, I can only grow the garden if I can buy seeds at a store.  I can only raise the livestock if I have shelter and feed for them.
When I was a child, the “family farm” was this idyllic thing most conjure up the image of. A barn with some chickens, pigs, cattle, etc. along with a large garden. The chickens doubled as both a food source and insect control for the garden. In short, the poverty of the life forced a level of self sufficiency on the people which is unheard of today.
If you take away one lesson from Hurricane Sandy it should be this: Every disaster recovery plan in existence isn't worth the paper its printed on.

9. If your story came true, but humanity wasn't wiped out, how do you think we'd adapt?

If any of the existing upper class or 1-percenters survive, we would almost instantly devolve into some kind of totalitarian dark ages while they tried to create their own personal Elysium.

I don't know anything about Transfixion.  I know that if John Smith is turned into a movie it should be done in a single setting with lots of clips from old movies like that black and white thing WGN used to run about the fall of Atlantis and clips from other shows which cover the topics discussed in the book.  Some could be with sound but most would probably be silent.  Susan should be a complete unknown.  This type of science fiction works well with unknowns.
John Smith should be a highly recognized voice from the science fiction world.  If they end up with someone like Patrick Stewart then the movie should be shot like Jaws, where you don't see his face until the very end, when he is delivering the line about journalists.  If they get a great voice with a not well known face, such as either the gentleman who played G'Kar on Babylon 5, or Warf on Star Trek TNG then they wouldn't necessarily have to do the Jaws style shooting.11. Where do you see yourself and your career in the next ten years?Hopefully, every close to being able to retire from my day job so I can spend my days enjoying life more and writing more books.

This question seems to be on every author question list ever put forth for an author interview.  It makes a grand (and incorrect) assumption the writer/author earns a full time living from writing. Very few writers make a living writing full time. With companies like Amazon trying to give writers products away for free to sell more Kindles, full time writers will be a perpetually shrinking number. Sadly our culture is fixated on “free-hoarding.”  Generally speaking, if you downloaded it for free, the author/creator didn't get paid.
Like the vast majority of authors you will interview, I have a day job.  My day job is IT consulting.

“Lesedi: The Greatest Lie Ever Told”

None that I know of.  As I stated before, when John Smith becomes a resounding financial success I would like to identify a gifted, unknown, just-starting-out young writer to collaborate with on “John Smith: The Last Gift of Atlantis” but that is some time off.

I don't know about 3 things.  They might be surprised to learn I used to have a hobby of water well drilling and even owned a Failing 1250 drilling rig.  (Failing was the brand, not the condition.)
I still keep a CDL which allows me to drive 18 wheelers so I can help with harvest when I'm home.
I find squirrels highly entertaining, but mostly because they torment my dog. If it wasn't for those squirrels he wouldn't get any exercise. 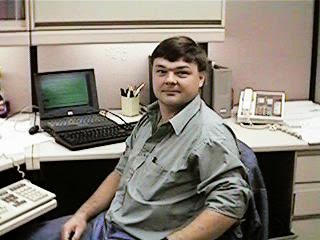 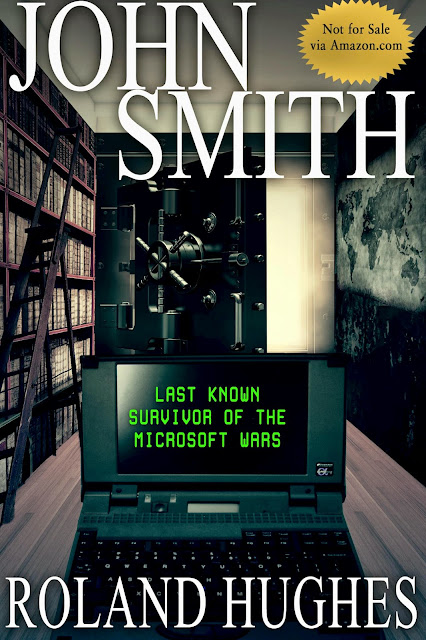