I never decided, I just always was. As long as I can remember, I’ve been telling stories and writing them down.

Early on it was Ernest Hemingway, Jack Kerouac, Raymond Carver, and Charles Bukowski. Some authors I love these days are Richard Price, William Vollmann, Denis Johnson, and Elmore Leonard (RIP). I read mostly old stuff, though, trying to learn from the masters: Faulkner, Zola, Conrad, Dickens – people like that.

3. What was the inspiration behind your various works?

It’s different for each one. My novel Angel Baby, for example, was inspired by an article in the L.A. Times about a white guy who snuck people over the border for a Mexican pollero. That was the genesis of the character of Malone, and the rest of the book came together around him. I can say that I’m always inspired by real life, by things I’ve seen, by people I know, or by great stories people have told me. I start with something like that and figure out how to make it “bigger” in terms of narrative and emotional impact.

4. Living in Southern California seems to affect your work. For those who don't live here, what is it about the area that's so inspiring?

There’s a lot going on here on a lot of levels. People of all stripes come to L.A. to attempt to make their dreams come true, so there’s all this energy in the air. You’ve got smart people, crazy people, bitter people, hopeful people, people from a hundred different cultures and backgrounds trying to get by or get ahead or get something over on someone. It’s a writer’s dream.

5. Sweet Nothing is a collection of short stories. Every author I talk to seems to have a different answer to this question: what is the biggest difference between writing a novel and a short story (aside from the length, of course)?

My short stories are more about taking the reader on an emotional journey rather than building a strong plot. In my novels, I try to give the reader more plot in order to compel them to finish the longer work. This is difficult because plot isn’t my greatest strength or necessarily something I’m that interested in. I’m much more focused on characters, language, and rhythm. The trick is trying to integrate those two things. I’m still trying to master that.

6. Were any of your characters personalities or emotions taken from real life?

All of them are from real life, in one way or another. It’s like acting: You have to become these characters as you create them, even the “bad guys.” It’s fun being a bad guy sometimes.

I don’t think in term of genre when I’m writing, I just write what I want to. The people who have to sell it can call it crime or romance or sci fi – whatever they want, as long as they sell it!

8. If you could take the place of any of your characters, which would it be and why?

I’m happy with who I am.

9. Your novel Angel Baby won the Hammett Prize. When you were writing it, did you ever think that it would go on to win awards?

Nah. That would be weird. I just write, put it out there, and move on to the next thing. The awards and stuff are much appreciated though. It’s nice to know people like what I’m doing.

10. Which, if any, of your novels would you like to see as a film? Who do you want to see play your characters?

Angel Baby was optioned by Warner Bros., and I was hired to write the screenplay. The chances of it ever getting made are a million to one, but I live in hope. It’s hard for me to “cast” the book. I don’t picture specific people as I’m writing. I’d be interested to see who Hollywood would choose to play the characters.

I see myself as rich, famous, and still cranking out good work, whether it be books, films or TV stuff.

Before I was a full-time writer, I was a magazine editor. It wasn’t a bad life, so I guess I’d be doing that. I don’t have many other marketable skills.

I’m not a good collaborator. That’s why the film business is so tricky for me. Everything there is collaboration. I like writing books, where I’m in complete control.

1. I’m a big opera fan. 2. I have walked from the Mexican border to Palm Springs (on the Pacific Crest Trail). 3. I used to write dirty letters for Hustler magazine at fifty bucks a pop.

Official site (has all other links) 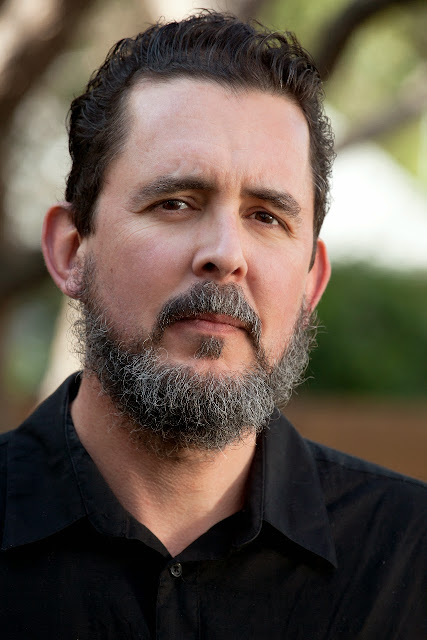