I have been creating stories since I was a kid and it was really the only thing I ever wanted to do. I pursued journalism as well, but writing always came first in my heart .

I remember getting The Great Mom Swap when I was in the fourth grade and loving that book. Good-bye, Glamour Girl by Erika Tamar was another book that made an impression on me. I read all the different series books as a kid: The Baby-Sitters Club, Sweet Valley High, etc. I still read YA and middle grade along with women’s fiction, and classics. And I love biographies and memoirs, too.

3. What was the inspiration behind your novel True Colors?

When I was growing up I was convinced everyone had it all together…and then there was me. I saw all these magazine covers and TV shows with the tight-knit group of friends and the perfect looking teens (who you just knew were leading perfect lives) and thought they all were in on some sort of secret that I didn’t know. What I didn’t realize is that everyone feels that way. I decided to write this book to show a character, Landry, who has all these same feelings and insecurities and wonders where (and if) she fits in. As a teen, I was stuck between wanting to fit in and stand out, which is why I have Landry feeling the same way. It’s a struggle a lot of us face—even as adults.
I wrote the book wanting teens and women of all ages to see they weren’t alone in feeling this way and I put in humor because I think the best way to get through life’s difficult times is with a sense of humor. I have Landry go through the same situations we’ve all been through with the “frenemies,” passive aggressive comments, mean girls, trying to get noticed by the popular crowd, the impossible crushes, and all those insecurities we go through. I think it’s even harder for teens now with Facebook and Instagram showing the “perfect” side of everyone, so teens and tweens today are faced with even more of those “perfect life” images that made me feel insecure as a kid.

Yes, the sequel to the book will be coming out March 24th. I still can’t believe I have a series! The series is called, Landry’s True Colors and book two is titled, Best Friends…Forever? I am working on the third  book right now. The books pick up right where the previous one leaves off because I hate when I pick up the next book in the series and so much has happened off the page.

5. Were you ever or did you ever want to be a model?

I started modeling when I was a little younger than Landry. I stopped for a while and then in college I was doing some internships and people kept telling me I should try it again, but my first shoot made me feel so uncomfortable and I realized I had to rethink it. I try to be very realistic in showing modeling and not making some glamourous fantasy world.

I do use real life experiences as inspiration, but just as inspiration. All the characters are made up because it’s much easier to create a character whose backstory and motivations I can make up. Real people are far too complex and ever changing. However, I feel all Landry’s emotions when I write the scenes. I can remember what it was like to talk to a crush and all those anxious feelings come back as I write the scenes where her friends turn on her. One thing that’s different is I that I never got nervous modeling and she does. However, lots of other things make me nervous—like the first day of school! I’d rather walk a runway in front of a crowd and trip and fall on my face than to ever do another first day of school again. First days are the worst! Actually, second days are no picnic either. And in book two you’ll see her visit a high school and it mirrors my own experience—total culture shock. Landry and I both went to small, private schools, so visiting a big public high school and wondering what you’re in for the next year was terrifying to her and to me.

I also write older YA, women’s fiction, but I’m interested in doing a humor memoir.

8. What would you do if you were Landry?

I would like to say I’d stand up to Erika (her main frenemy), but at that age (and the way Landry’s personality is) I wouldn’t be able to—just like most of us aren’t. I like to think I’ve gotten better at this myself, but just today I was on a call where someone made a little passive aggressive dig at me and instead of saying, “That’s offensive,” or, “What did you mean by that?” I was defending myself to them instead of stopping and putting them in their place. So I’m still very much a work in progress on that.

9. Were you trying to make a statement about high school politics, bullying and the like? What do you have to say to young readers who are being bullied in school?

I think some of the things we go through in school goes under the radar of adults/teachers/school admin like the mean girl stuff— especially if the girls it’s coming from are supposed to be your friends. I went to a small grade school (kindergarten-8th grade) and I know how Landry feels when she lets things go because in a small school you have less people to turn to if you do tell someone, “Hey, back off, I’m not taking that from you anymore.” Adults often don’t pick up on that sort of thing when they see it’s coming from someone the person is friends with. They notice the outright bullying, but the more subtle mean girl stuff gets past them.
For kids who are going though that themselves I’d say to realize what these people are saying to you has NOTHING to do with you or what you are about—it is all a reflection of the person (bully or frenemy) saying that. Well-adjusted people do NOT go around tearing other people down for fun. Hurting people hurt people, so as hard as this is to believe, just know it’s not personal. If you have a teacher or adult you can go to for help, reach out.

10. Would you like to see True Colors as a film. Who do you want to see play your characters?

I think that would be amazing! I had a cast list made up where I picked more current people to be the characters (you can see that and the original inspirations on my Pinterest page: https://www.pinterest.com/krystenlindsay/true-colors-inspiration/ and on my website: http://www.krystenlindsay.com/ ) For Vladi, I could see Ross Lynch playing him. Maybe Bella Thorne as Peyton. I often say I could see Zendaya as Ashanti, but I always picture the original Ashanti, a singer/actress named Letoya Luckett in my mind when I’m writing scenes with her. As for Landry, I picture her as a younger Ashlee Simpson or maybe Elle Fanning. Selena Gomez could be Devon. And for Devon’s older action hero crush? Liam Neeson!

I’ll still be writing. I can’t see myself ever stopping. A lot of readers have expressed to me that they’d love to see Landry grow up throughout the series and even take her into college and the adult years! So maybe I’ll still be writing Landry stories as well as pursuing my other ideas.

Probably working as a journalist for newspapers or TV. That’s where I started out and I do have a curiosity about everything. I have a strong desire to get to the truth and get both sides of the story.  When I was interning (and then working in news), I always read at least four newspapers as well as news magazines and watched local, national, and international news broadcasts to get a bigger picture. I was a news junkie, but when I’m writing I do try to step away from it a bit. I used to have my favorite news programs, but when I moved overseas, a lot of those shows weren’t available there, so I’d watch international news but I watched less. I will say working in news made me see things are almost never black and white and to look closely and bring in all the facts.

I’m working on the third book in the Landry’s True Colors series, which has been a lot of fun to write. I’m also working on another upper middle grade book and more YA and doing a rewrite of a women’s fiction novel.

I call F. Scott Fitzgerald my literary boyfriend. I love his essays, fiction, and quotes. There’s a vulnerability to his prose. I met Francine Pascal (Sweet Valley High creator and author of the Victoria books) once and I choked up. I have no idea if she noticed or not, but the good news is that she didn’t call security and she let me take a peek at the Sweet Valley High “bible” she used for the series. Yes, I touched it. And for your follow up question, yes, I did eventually wash my hands after that. I didn’t want to, but health codes being what they are…

I once lived on an island in the middle of the Atlantic Ocean.
I have strong intuition and often times things I’ve written will come true. I keep a notebook of some of these coincidences. Sometimes I’ll see something play out just like I wrote it and all I can do is sit there with my mouth open. My family is getting used to getting calls where I say, “You are not going to believe this!” My friends tell me I should write about myself and them winning the lottery. I did write that once, but it didn’t happen…well, yet anyway. Stay tuned.
I won my first school wide writing competition when I was in the first grade. 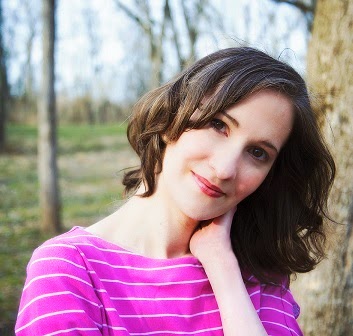