In the first issue of Pop Goes The Icon's newest title, Old Wounds, we meet Michael, a retired vigilante whose ex-wife, also a vigilante, has been killed in an explosion. The cops think he's responsible.
But when he gets together with the third member of their vigilante group, and the man's car is rigged to explode, he knows it's serious abd has to do with old enemies who are still nursing old wounds.

I've been reading this publisher's titles for over two years now, and every new title they release seem to get better and better! As a longtime superhero fan, I love the idea of retired heroes being targeted and (possibly) needing to come out of retirement (think amateur Justice League meets The Umbrella Academy...without the Kryptonians or men with giant monkey bodies).
The writing is simple, the story immediately intriguing. The tale is told half with the words and half with the art. Neither of them outshine the other. The art reminds me of how old manga was drawn and printed (Shonen Jump in the late 90's), very stark and easy to follow. It fit the story more than the bright colors you usually see in superhero comics.
It might be only twenty-six pages, but it tells a huge piece of what should prove to be a wonderful and deep story.

[Will update the purchase links ASAP.] 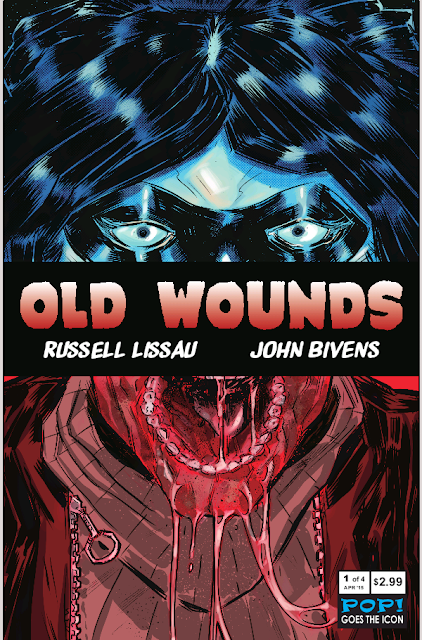 Posted by Kelly Smith Reviews at 8:23 AM