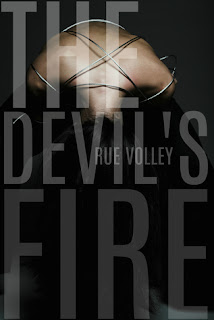 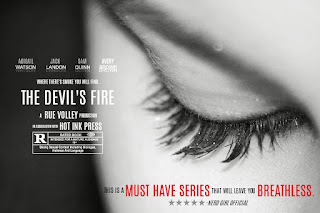 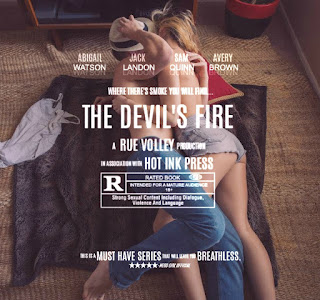 Official Blurb:
Seeking refuge, Abigail Watson returns home to mend a broken heart, abandoning the city that she has grown to love and the job she worked hard for years to attain.
Life allows for distraction, but it can't bury the past.
Jack Landon has left an indelible mark on her.
A painful scar, a stolen kiss, a memory of what once was, or could be.
Jack is all of these things, and more. The haunting memories begin to consume her with an unbridled passion.
His domination is absolute. Her submission begs for release.
Their lustful needs could destroy everything around them, turning flame to ash, friend to enemy, love to hate.
Where there's smoke...you will find the Devil's Fire.

Grab your copy today at the sale price, it will go back to regular price soon.
Out now!
The Devil’s Fire (Book #2 in The Devil’s Gate Trilogy)
Grab book two today! On sale for a limited time.
http://smarturl.it/TheDevilsFire

New to this series? Start with book #1. 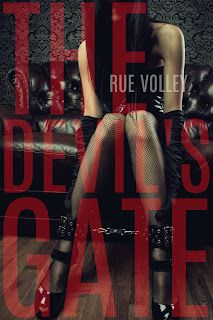 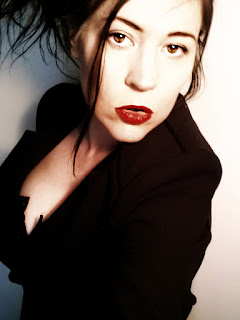 Rue Bio:
Rue Volley resides on Earth with her husband, Von Erik, and their two pug sons, Momo and Oshi. She is an award-winning author, graphic artist, and screenwriter. She is also the Creative/Marketing Director for Crushing Hearts and Black Butterfly Publishing, and co-owner of Lovebites Production Company, which specializes in Dark Fantasy Films.

Rue released her first film, Hellhound, in August of 2014. Her second film, Awakening, was released in July 2015.
Keep up with her on IMDB http://smarturl.it/RueVolleyIMDb
****

I received an advance copy of this book from the author in exchange for an honest review.

"Some people are consumed in the flames, and some are reborn in them."

When I open an erotica book, I usually know what to expect. As with most other romantic books, they are grown-up fairy tales, and those always end happy. When I first read The Devil's Gate (review can be found here), you'll see how shocked I was at the way the story played out. When I had the opportunity to read and review The Devil's Fire, I jumped at the chance.
I will give one spoiler from the previous book: I had never read an erotica novel where the characters didn't actually have sex! Now, I won't spoil this book now by saying if Abigail does or does not lose her virginity, but I will tell you that her character is so refreshing in this genre.
She's a submissive who had no idea she was a sub until she met Jack. Now, she's suffering from a severe case of subdrop, mixed with the typical sense of utter loss after the unthinkable ending of TDG. She tries to set off the sadness with humor and goes home to think. For most of the book, we are in her mind, living her life and being wrapped in her emotions. She is so strong, and so hurt. Abi is a character I can relate to in many ways, from her feelings towards Jack and her sense of self-respect, not just giving herself to a man to have experience. I feel as if I know her, as if she's a friend. You will, too, once you read this.
Her mother is a new character in the series, a woman who made an incredible change in her life and wants Abi to do the same. She's funny, outrageous and one of the best supporting characters I have encountered. She's different in every way, and she really makes the book stand out with her presence.
All the other characters from TDG make appearances, but I can't say what happens. Trust me, I am dying to, but this is a spoiler-free zone.
The sexual scenes here are hot, dark and passionate. Be they dreams or in reality, you really get a vibe unlike any other when you read this. You get inside the head of a submissive, and you really get to understand what is so exhilarating about the BDSM lifestyle. Most BDSM books are very incorrect about nearly every aspect of the lifestyle, but this book hits the nail on the head.
I think it's safe to say that this is one of my absolute favorite books. Rue really knows how to write sex, love, hate and longing, amongst all the other emotions running rampant in this story. I could not put it down! Now, I am done with this review. Go read this book, you won't regret it!

Purchase The Devil's Fire via Amazon!
Posted by Kelly Smith Reviews at 12:00 AM