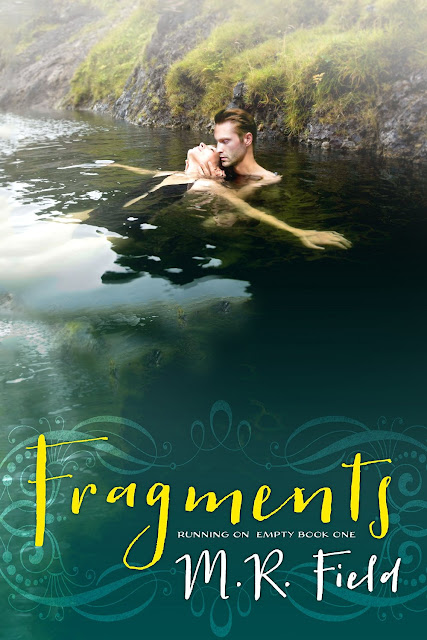 Until your heart can no longer shut him out, even after he’s pushed you away.

You can’t let him in again, can you? There’s only so much of your heart left to give.

She is the reason I can’t stay. The reason that the covered bruises, the lies and the hurt are too much. I am no good for her. But when I see her again, I can’t stay away. Like Dante said, “The path to paradise begins in hell.” 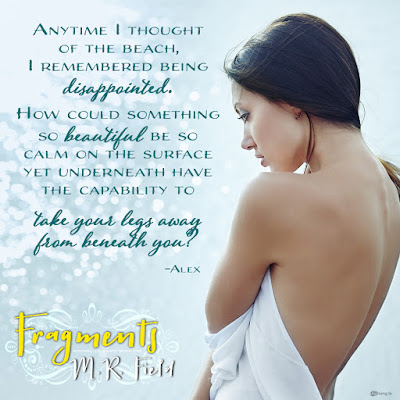 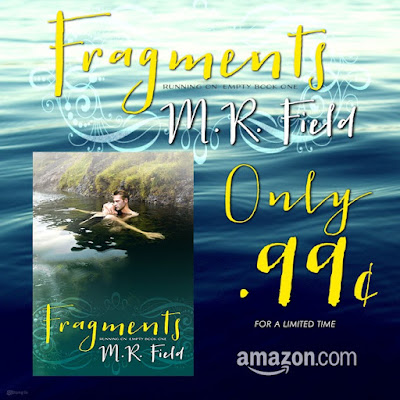 I locked my door and turned on my stereo, I was in the mood for some loathing. Rotating the multidisc, I selected Rod Zombie’s Astro-Creep, and reached under my bed for the hidden bottle of my father’s Wild Turkey. It was my shitty attempt at keeping some alcohol out of his hands. I twisted the cap off and put the bottle to my lips, preparing myself for the path to self-destruction.

I picked up my foam football and began to toss it up and down in the air. I pressed the bottle to my lips and sucked back another gulp. The whiskey burned as it tore down my throat and wrestled with my insides.

“Bye Alex,” my mother shouted through the door. “We’ll see you Thursday.”

“Yeah, see ya,” I shouted, giving the door the bird. I gargled another mouthful of bourbon. I really should have mixed this with Coke, but I couldn’t be bothered.

Rod Zombie’s voice filled the room and my head banged while I sung the lyrics. When my mum was this happy, it pissed me off. He’d bought her over, again. With that thought, I took another swig and felt the effects of the alcohol sending tingles across my skin. Another trip, another injury paid for. What did he do last time? I ground my teeth as I blocked that night out. I want to feel numb. The tingles continued to crawl up my skin. Mission accomplished.

That was it. I’d decided. Back to meaningless sex. Or sex without a girlfriend tag attached. I swung again, sending the amber liquid down. My mouth burned. I studied the label closely. How can people drink this shit?

Girlfriends were too much hard work, or better yet, conniving lying bitches. And friends who were girls? Girls you’d known forever? Well fuck—they were even worse. Gripping the football, I squeezed it until my hand whitened and let it go. I watched it fall to the floor. I smacked my lips together as they numbed. Girls. Friends. You trusted the ones you hung out with, and then they dropped you like a sack of shit. Giving you the freeze out. Bring back the easy lays.

My vision blurred as the posters on my wall went out of focus. I lifted the bottle and inspected it. Half empty. That was quick. Shrugging, I took another swig and tried to focus on my posters. Dad was gonna be pissed that I nicked his bottle. I nodded and chuckled. It would be great to piss him off. No, Alex, it would not. My fuckin’ conscience had decided to join in. Piss off, conscience.

I stared into space as images of Bea began flicking through my mind. Her tear-stained face, her angry eyes in her room, her being thrown into a locker, her long legs … argh! I shook my head, but it did nothing to curb her face from haunting me. Now her bright blue eyes were dull and her smile—cracked. Her skin became pale as her hair hung limply to the side. She’d changed. She was broken. I wasn’t there. I wasn’t there. I couldn’t keep her safe.

The room spun and I struggled to focus. Where was I, again? I tipped my chin against my chest as I rocked back and forth. My mouth opened as the colours of my carpet combined in a putrid mess. My arms flailed out as my balance wobbled, my feet suddenly flicked out in front and I crashed face down on my bed. The bottle rolled just past me to the other side, leaving me exhausted, sick, and passed out with dreams of a sad blue-eyed girl whose trust I had destroyed. 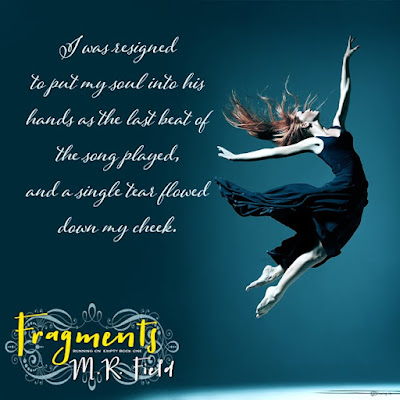 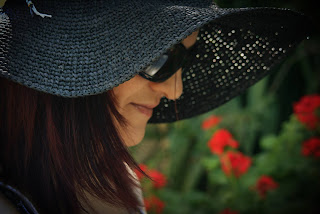 M R Field is an author from Rural Victoria and has completed a Bachelor's degree with Honours from Latrobe University, Melbourne. After growing up with the river at her front door, she returned back to her hometown after many years of living in the city. She now lives a tranquil lifestyle with her husband and two young children.

M R Field has always held a love for writing, filling journals as a child which progressed to more eloquent pieces as an adult. After ten years of creative instruction, she decided to turn these ideas into manuscripts. She adores creating new story lines and is a big fan of a happily ever after, but believes strongly in making her characters work for it.

She has recently decided to join the independent publishing world with her debut novel, Fragments, due for release on December 8th, 2014. 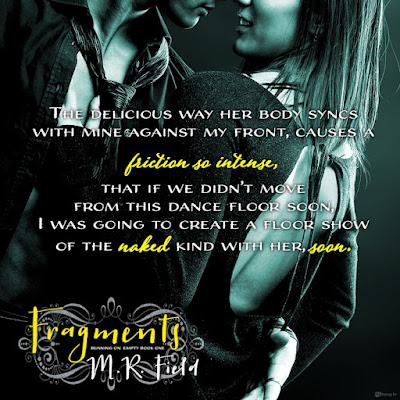 a Rafflecopter giveaway
Posted by Unknown at 5:39 PM