BLOG TOUR/REVIEW: Archibald Lox and the Slides of Bon Repell by Darren Shan

I am thrilled to be hosting a spot on the ARCHIBALD LOX VOLUME 2: ARCHIBALD LOX AND THE KIDNAPPED PRINCE by Darren Shan Blog Tour hosted by Rockstar Book Tours. Check out my post and make sure to enter the giveaway! 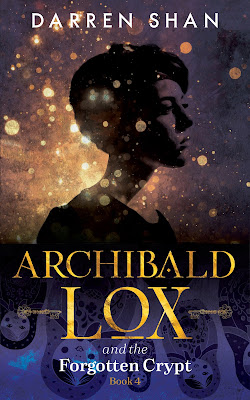 When a couple of assassins catch up with Archie, he's forced to flee to the Merge in search of friendship and safety.

As his skills develop, he opens a gateway to a long-forgotten crypt, where ancient secrets are revealed.

In a city of ice, the greatest gropsters of the six realms have assembled for a legendary Tourney, but a small group of plotters are more interested in kidnapping...

This is the first of three books in VOLUME TWO of the series. 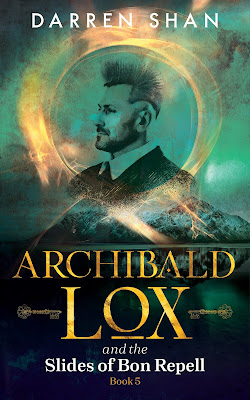 The Tourney has kicked off, and it's the biggest draw in the Merge.

Archie has a ticket to every match, and is soon caught up in the excitement.

But when a scheming king sets his sights on the young locksmith, all thoughts of grop are swiftly forgotten, and Archie might fight for his freedom and his sanity...

This is the second of three books in VOLUME TWO of the series.

The kidnapping of a prince shocks the Merge and turns the Tourney on its head.

In New York, a desperate Archie and Inez play a cunning game of chess with the fates.

But if they are to force a checkmate, they must travel to the heart of an enemy empire and face down the rulers of a merciless realm...

This is the third of three books in VOLUME TWO of the series. 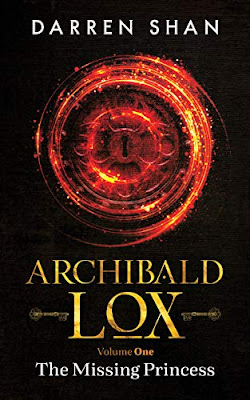 MY REVIEW of Archibald Lox and the Slides of Bon Repell:

The Tourney! I loved getting to learn more about grop in book 4 and continuing it in 5. Fantasy sports and games are so interesting to me, and many fantasy worlds are nearly defined by them. (See HP's Quidditch and Shan's own Trials.)Right off the bat, Inez informs us all, including Archibald, that there's a chance the chef might poison an opposing player in order to give his preferred team an advantage. I admit I did a double-take and shouldn't have; I'm familiar with Shan's storytelling.Speaking of familiarity...As this story goes on, we see the author delving back into what his old-school fans know best: horror. It's not terrifying like The Demonata, but the plot becomes much darker as you read on, especially compared with the rest of the series so far.While I love this whole series, so far this book is my favorite for its ingenuity and depravity. This is where I become mind-numbingly vague in order to avoid spoilers.I will say that the twists and danger and anticipation as you read in prove one thing: Darren Shan is by far the best YA author out there. This book will grip adults and entertain teens, and is a great way for families to bond over the plot, the characters, and the question: what happens next?*I received an advance copy of this book in exchange for an honest review. 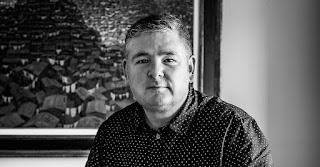 Darren Shan is a globally bestselling author who broke onto the fantasy/horror scene with Cirque Du Freak in January 2000. He has published more than fifty books, for children and adults, including the 10-book Demonata series and 12-book Zom-B series. Cirque Du Freak was adapted into a major Hollywood movie and it was recently announced that the Electric Shadow Company and Fantastic Films have teamed up to adapt his Zom-B series for television. Shan’s books have sold more than thirty million copies worldwide, in 40 countries and 32 languages. He has topped the bestseller charts in the US, UK, Ireland, Japan, and elsewhere. He lives in a small village in Ireland, with his wife and children.

Posted by Kelly Smith Reviews at 12:00 AM