When Saotse rode across the treacherous ocean on an orca at the bidding of Oarsa, Power of the Sea, the blind maiden believed she had been chosen for a great destiny. But she hasn’t heard Oarsa’s voice in decades. Aged now, she has found her place among a peaceful, long-lived people, though her adoptive sister, Uya, still blossoms with youth. Then, pregnant Uya is kidnapped, and the rest of her family is slaughtered when an army of mounted warriors strikes the defenseless capital, leaving Saotse grief stricken and alone.
After Saotse finds refuge with strangers in a distant village, a new Power makes contact. Saotse embraces the opportunity to bury her bloodthirsty enemies in vengeance, but wielding the Power’s bitter magic could cost her everything she is.
As war escalates and allies flock to her side, Saotse believes she finally understands Oarsa’s purpose for her. But the Powers may have set events in motion that even they cannot control, and the fates of gods and men alike hang in the balance.

A beautiful, bitter tale of fantasy and war, Storm Bride drags you in from the first page, sinking you into it's beautifully tragic depths, just like the ocean at high tide.
The writing is flowing, beautiful and almost musical. You won't realize until you reach the end that you've been reading for hours, absorbed into the perfectly described world that Bangs created.
The characters are all unique, each one emotional, realistic, and likable. Even the unlikable ones will grow on you in time.
You get taken into the horror of war, described not as horror, but as fact (though it gets bloody). This isn't for shock value, it just is. I might not recommend this book to young people, at least not under the age of sixteen, but I think its pure beauty is enough to bring in even the most reluctant of readers.


I had written stories for my own amusement since I was in gradeschool. But I didn't really become serious about learning the craft and attempting to get published until I was in college, and the reason was because I was constantly coming up with stories anyway, so I might as well write them down. And then try to make them good enough that someone else would want to read them. (Getting someone else to want to read them is the hard part.)


2. What authors inspired you when you were younger? What books do you enjoy reading today?


I read voraciously as a kid, dipping into a little bit of everything. I always name J.R.R. Tolkien and Ursula K. LeGuin as my two biggest influences, but I've was also inspired by C.S. Lewis, G.K. Chesterton, Orson Scott Card, and Tad Williams. Among contemporary authors, I'm a big fan of K.J. Parker, N.K. Jemison, and C.J. Cherryh.


3. What was the inspiration behind your novel Storm Bride?


A million different things :). On a personal level, this book was written in the period around when my second child was born, and I was very caught up in the process of becoming a parent again. That came through pretty strongly in the character themes of the novel. Plus, I was a little annoyed with the notion that a "strong female character" is necessarily a Warrior Princess, and so I wanted to write some strong female characters who were resolutely feminine, and who could impact the world without ever picking up a weapon.


At the level of plot and setting, I was intrigued by a recurring cycle in the history of Europe and Asia where the "civilized" people living at the edges of the Eurasian continent get overrun by barbarian nomads from the inland steppes, and then the barbarians settle down and become civilized, and then the whole cycle repeats again a few hundred years later. I was also struck by something I learned about the Plains Indians, which is that some of the most iconic "plains" tribes, such as the Dakotah, were actually descended from groups who originally lived much further east. But the arrival of European settlers on the Eastern seaboard created a ripple effect of westward movement. Both of these motifs are present in the history and backstory of the setting


4. Will we ever see these characters again in the future?


Alas, probably not. I think that their story is done. I do have a half-finished short story that I wrote which describes the life of one character about twenty years after the events of the book, but honestly it wasn't very good and probably won't ever see the light of day.


5. What is it about a sister's relationship that made you want that connection to be most prevalent in the story?


Actually, that was one of the last elements which came to me. I originally planned for the adopted sisters Uya and Saotse to be in different clans, but I found that it made the story really clunky in places. Their sisterly bond turned out to be the glue that held the story together, especially in the first half.


6. Were any of the characters personalities or emotions taken from real life?


I try to avoid basing characters on specific people, though there are bits and pieces of everyone I know. The emotions, though, are strongly tied to the real-life emotions of becoming a parent, and being with my wife through two deliveries, after two very difficult pregnancies.


7. What other genres would you like to try your hand at?


Lately, I keep getting ideas for mysteries. I love noir films, and I have an SF noir novella that I' d like to publish soon.


8. What would you do if you were Saotse?


I'd talk to orcas more, for sure.


9. Was there any intended symbolism behind Saotse being blind? If not, why did you make her blind?


You know, it seems like that *should* be symbolic, shouldn't it? But actually it isn't. Saotse's blindness just came along with my conception of the character from the beginning, and it emphasizes her dependence on the rest of the clan. I wanted to avoid the "Disability Superpower" trope, so even though she speaks to the gods, this ability is never actually related to her blindness.


10. Would you like to see Storm Bride as a film? If yes, who do you want to see play your characters?


Good question. Unfortunately, I'm not very familiar with current actors and actresses (I almost never go to movies), so I'm not sure who could possibly fill any of the roles. It's especially hard because none of the characters are white! (Though, let's be honest, they would be in the film version.) If I'm allowed to nominate historical examples, I want Keshlik to be played by Toshiro Mifune (https://static-secure.guim.co.uk/sys-images/Guardian/Pix/pictures/2012/9/4/1346760810915/Toshiro-Mifune-008.jpg).


11. Where do you see yourself and your career in the next ten years?


I'll probably be in Romania. I plan on writing a lot more books. Other than that, who knows?


12. What would you be doing if you weren't writing?


I'd be playing a lot more video games. And sleeping more.


13. Can you tell KSR what you're working on next?


I recently finished up a draft for a book tentatively called "Heir of Iron", which will be the first in a series of four books. It's set in the same world as "Storm Bride", but in a different country, with a culture and setting inspired by historical India.


14. What authors, dead or alive, would you like to collaborate with?


Gosh, how about C.J. Cherryh? We have pretty similar styles and interests, and I could certainly learn a lot from him.


15. Thank you for participating in the interview. Can you please leave the readers with three things that may surprise them about you?


- I am bilingual in Romanian and English.


- I once ate an endangered animal. (But it had been legally hunted.)


- I have never been able to break the habit of biting my nails. 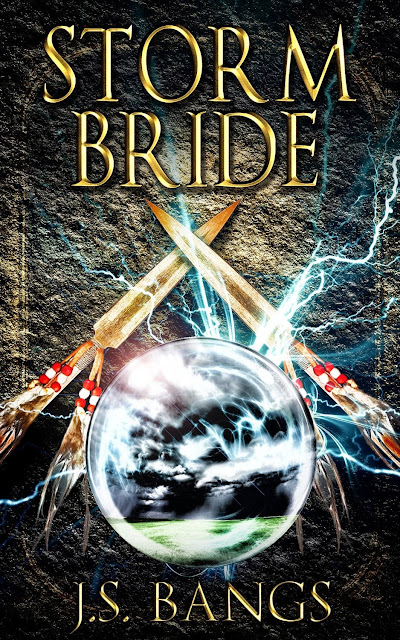 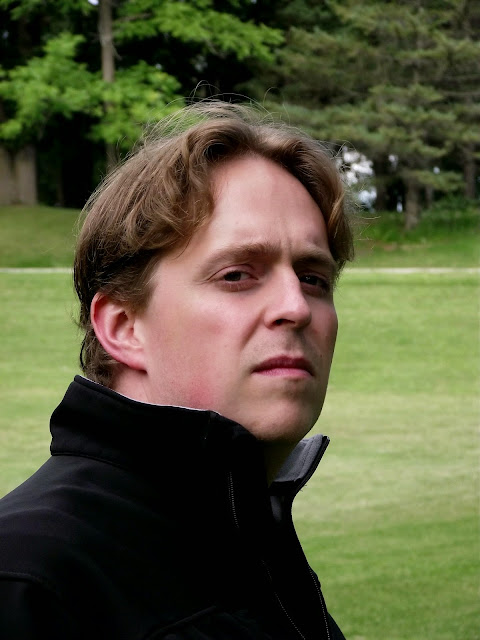 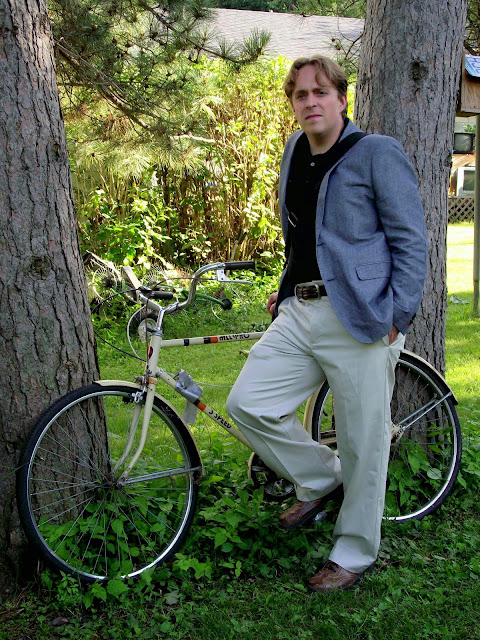