Fifteen-year-old Polarity Weeks just wants to live a normal life, but with a mother diagnosed with borderline personality disorder, that’s rarely easy. Her life gets exponentially more disastrous when her sixth-period history classmates start ogling a nude picture of her on the Internet. Polarity would never have struck such a shameless pose, but the photo is definitely of her, and she’s at a complete loss to explain its existence.
Child Protective Services yanks her from her home, suspecting her parents. The kids at school mock her, assuming she took it herself. And Ethan, the boy she was really starting to like, backpedals and joins the taunting chorus. Surrounded by disbelief and derision on all sides, Polarity desperately seeks the truth among her friends. Only then does she learn that everyone has dark secrets, and no one’s life is anywhere near normal.

EXCERPT:
[Please note, due to Blogger app restrictions, the text from the excerpt has been automatically reflowed. I will fix it as soon as I can when my laptop gets replaced.--KSR]

Usually I prefer fantasy and paranormal when it comes to reading YA novels. Just because I lived regular teenage life. I don't want to relive it! But Polarity In Motion by Brenda Vicars is a different way of telling real life so that you keep turning pages.
Number one, the naked photo. How often do you see it on the news that teens are getting in trouble for sexting? Often. How often do you read a book about it? Almost never. So taking on what is a very controversial issue was very brave of her.
Number two, she also tackles mental illness in a very real way. Polarity's mother is a sympathetic (and empathetic) woman, as real as anyone we might know. Instead of making her seem simply crazy, Ms. Vicars wrote her realistically, kindly. As a woman who is unable to help herself, but tries her hardest.
Number three, of course, is an interracial relationship. While it's not uncommon in real life, it's rarely seen in teen lit. Ethan is the perfect boy for a teen novel. He's smart, strong, emotional and polarizing. Polarity herself is shy and bullied, in short very easy to relate to. Both characters play off each other well, taking you deeper into the story and letting you see through their eyes.
This book could be used for study groups, therapy groups and just for anyone over the age of fourteen who wants to read something a little deeper than Twilight. I really liked reading this, and I recommend it to everyone, especially those who have been victims of bullying or deal with mental illness.

Purchase Polarity In Motion via:

1.When/why did you decide to become a writer?

I don’t remember ever not wanting to write.  When I was six, I announced to my family that I’d composed a poem about my new sibling:  “My little sister Vicki is very, very tricky.”  Everyone raved, and I’ve been writing ever since.

2.What authors inspired you when you were younger? What books do you enjoy reading today?

When I was younger, I read a lot of classics and tried my best to read adult novels only.  For some reason, I had no interest in young adult literature.  I loved things like THE GOOD EARTH and WUTHERING HEIGHTS.  Now I’ve done an about face and crave all the new young adult books.  There’s a current of energy that draws me into the latest stuff being written.  I can’t get enough of it.  I always have at least two and sometimes three books going—one audible, one e-book, and one hard copy book.

3.What was the inspiration behind your novel Polarity In Motion?

When I was a campus administrator, I had the task of accompanying the drug dog when it was brought to school to sniff for drugs.  One day during a routine classroom check, the dog alerted on a backpack.  I took the backpack and the student into the office and searched through the contents.  When I found the marijuana I thought, “What if this student is innocent?  What if someone planted the baggie? How will I ever know the truth?”  Fortunately, the student owned up on the spot, and we all moved forward.  But that fear never left me.  In all the years that I have worked with students who are removed from school for disciplinary reasons, I have worried constantly about whether an innocent person could be wrongly punished. Are there glitches in the system that would allow such a thing to happen? POLARITY IN MOTION grew out of that fear.

4.Will we ever see these characters again in the future?

Yes—they are alive and active in the pages of my next book.

5. Borderline personality disorder is a very serious issue. What made you decide to write about it?

Borderline personality disorder is an evasive condition to deal with.  Its very nature disguises it, and often the victims are the most charismatic, brilliant people you ever meet—until they are not. (Google celebrities with BPD!) I wanted Polarity to be challenged with navigating the minefield of having a borderline parent.  YA literature should honor young people by portraying the depth of issues that real teens face.

6.Were any of the characters personalities or emotions taken from real life?

What an intriguing question! At first I thought, no! But after reflecting I think all emotions in fiction may originate from real life.  However, the personalities of my characters are not like anyone I’ve ever known. Although I’ve helped teens who are in tough situations, I’ve never worked with one who had a nude picture on the Internet or a parent with borderline personality disorder.

I have written a couple of adult—literary fiction novels—that I plan to revise and publish. But right now YA calls me.

8. What would you do if you were Polarity?

I would move heaven and earth to stay close—very close—to Ethan and to keep my parents from messing up my life any more than they already have!

9. With writing a book about high school life, what was the most difficult thing to accurately capture to make the story seem so real?

The most difficult thing was making the dialogue sound like high school students.  I was so fortunate that both the content and line editors (Alyssa Hall and Misti Wolanski) at Red Adept Publishing were great at recommending revisions when I used adult-sounding phrases.  I love, love, love editors!

10. Would you like to see Polarity In Motion as a film? If yes, who do you want to see play your characters?

Yes—POLARITY IN MOTION must be a film. Chloë Grace Moretz would be great in the role of Polarity. Tristan Wilds is Ethan.  He is!

I’ll still be living in Central Texas and will be writing more than ever—with five more novels published.  (I’m practicing goal actualization, “beginning with the end in mind here”—thank you, Kelly, for the opportunity!)

I would be working with a school district in student support services programs.  In fact, I do that part time now—mostly helping to develop programs and finding funds to support them.  American public ed dollars alone just don’t go far enough to meet our students’ needs.

Yes!  POLARITY IN LOVE!  By the time I finished POLARITY IN MOTION, both Polarity and Ethan had matured and their connection had deepened.  Their feelings are deeper and more complex now, and they are ready to take greater risks.  The next book has a stronger focus on Ethan.

Flannery O’Connor’s work has always fascinated me.  Her perspective was so out-of-this-world even though her life was short and plagued with illness.  I would love to have collaborated with her—I can’t imagine what one could have learned from her.

I’m addicted to The Bachelor (or The Bachelorette)!
I make things out of repurposed wood.
I love to triple-two-step! 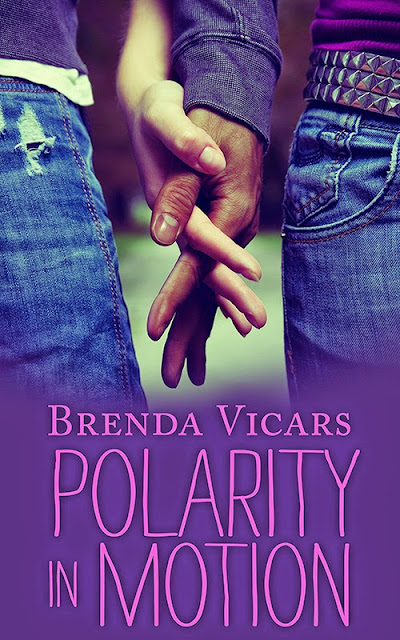 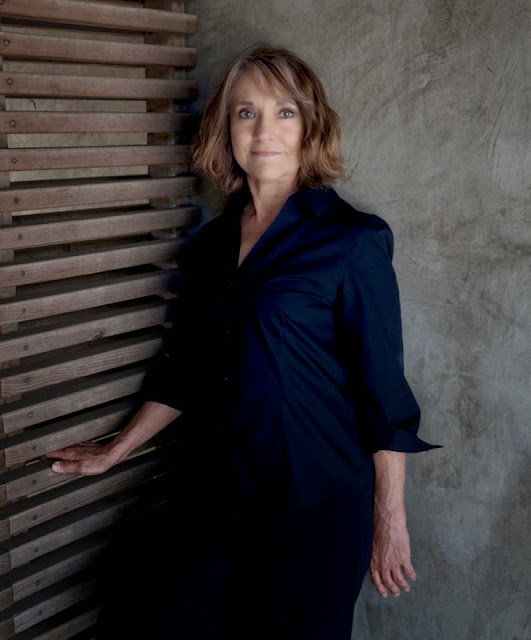