Podnar has always killed for the Dominion. It’s all he’s ever known. But one day he misses his mark.
That event changes everything, lifting the veil on a lifetime of lies. When the Dominion discovers that he knows the truth they execute the worst possible punishment for a telepath: Exile. Condemned to live out life on a planet where he is the only sentient being, the Halfac manages to survive until he encounters Harlow Cavalear. Podnar uses the human to carry out a desperate plan to destroy the Corsujian race. But instead of wiping out one race, he unleashes a terrible threat upon every species in the universe.
As Harlow struggles to find his role in the war, he begins having strange visions, repeatedly finding himself transported across time and space into the mind of a foreign entity. The experiences are hazy and dreamlike, but each episode is followed by real and intense headaches. And there was something else behind the pain, past the unsettling fear of unknown origin, a raw internal emotion he couldn’t quite put his finger on.
As the mental backlash caused by the visions grows increasingly unbearable, Harlow can’t help but wonder if they have something to do with the war raging around him. But the real question was: could he figure out why they kept happening before they killed him?

While I read a lot of science fiction, I haven't been a huge fan of the books for a very long time. I watch the films and movies, but the books were always the last on my TBR list. Funny, because every time I read a sci-fi book, I find myself drawn in immediately with the new worlds created seemingly from nothing but pure imagination.
Universe Ocean might be one of the grandest ones I've come across as a reviewer. Based on exile and war, you could call it a space version of Lord of the Rings, which was based off of war as well. But Universe Ocean isn't just an allegory, it's a beautiful, if dark, space opera.
Podnar is a telepath forced into exile, the worst thing for someone who needs mental contact with other living beings. His voice and his heart immediately make him a sympathetic and recognizable character, strong and vengeful.
Harlow is a human and seems easily manipulated, but you learn not to judge him by his first impression. He's daring and resourceful, a great supporting character.
The story is entertaining, but it also makes you think. Think about war, about trust and about your leaders. About lies and desperation.
A great book, especially if you like both war and sci-fi! 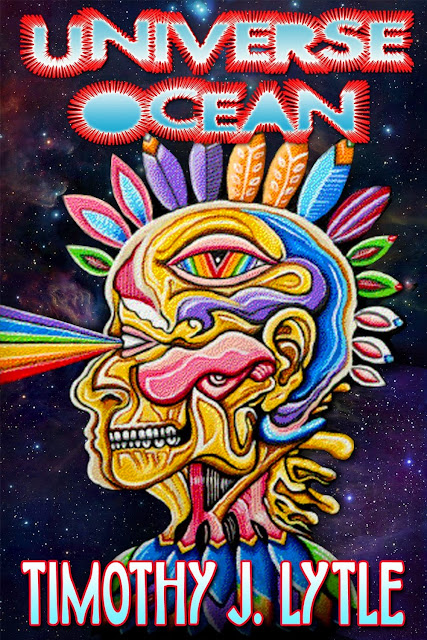