I have been a writer my whole life, though in my own way. I didn’t take myself or my dreams seriously until after college, however. I write because I can’t stop the stories. They fill nearly every waking moment of my life. If I didn’t have an outlet my brain would explode!

As a preteen/young adult I read the typical young teen novels like Anne of Green Gables, Ramona Quimby, A Wrinkle in Time. I really found author soul mates in Madeleine L'Engle, Lucy Maud Montgomery, Beverly Cleary, and Judy Blume. Their characters were so rich, and so unique, in how they felt like outsiders, that I really identified with them.
Today I read mainly fantasy, science fiction, and space opera. I am a huge J.R.R. Tolkien geek, and I named my son after Isaac Asimov. Does that say anything?

3. What was the inspiration behind your novels The Unknown Sun and The Immortals?

I’d come up with the basic story long ago, as a young teen. I think it came to me in a dream. From there it expanded, grew, and evolved. I purposely waited to write them. I knew I had to grow up more as a writer, to become better, to be able to do justice to such a rich and deep mythos.

4. Since The Immortals says part one, can I ask how many books will the series spawn?

Currently I am looking at shaping it into 4 parts total (give or take). Currently the remaining chapters are in one giant book, but instead of keeping it as one book, I wanted to show the characters and world in a series of “snapshots” that hit key plots points on the way.

5. Why did you decide to write a story about an orphan (Moira)?

To be honest, she was orphaned because of who she is. And who she is a secret still xD

Actually yes, I will say ALL the main characters are based on detailed personas created by my husband, 2 friends, and myself. They are my inspirations and now I joke that they are famous xD

I have a disturbing itch to try my hand at space opera.

8. What would you do if you were Moira?

If I were Moira, I would do my best, but I would be honest with myself. I am not strong, not brave, not battle savvy, but I would know that I would die to protect those I love.

9. You say you love music. How does it influence your writing?

Music does two things. It provides a filter so I don’t hear my kids screaming and throwing bananas at each other, and it provides inspiration. I can’t usually listen to music with words or I will end up writing down the words in the manuscript...or dancing in my pj’s using my hairbrush as a mic.
I love to listen to “epic” music or what’s also called “trailer music”, which is the music from movies, tv shows, and video games. My favorite group is Two Steps from Hell and in particular Thomas Bergersen, who is co-owner. He wrote an entire album that can practically be the soundtrack for The Unknown Sun! I really recommend checking them out here: https://www.youtube.com/user/TwoStepsFromTheMusic

10. Would you like to see The Unknown Sun as a film? If yes, who do you want to see play your characters?

I would, but I would be afraid of someone else ruining my story irreparably. That being said, I do love a lot of movies that made it to the big screen, even some not well received.
I have a few ideas for characters that somewhat fit the bill: Moira would be Britt Robertson, Bel would be Ben Barnes and Airi I haven’t found yet. Who do you think?

In ten years I am still writing. Maybe a little faster than now, but I imagine I will have 3 full series of books out and finally be working on that space opera!

If I wasn’t writing (an author) I would be working in the book business somehow, someway. A bookseller, an editor, etc.

Currently I am working on The Immortals Part Two, which continues the quest of the companions on a new quest. The stakes are higher and they must find out who is really friend or foe.

J.R.R. Tolkien, Patrick Rothfuss, and Isaac Asimov. The three would be a great mix of fantasy and science fiction!

~I visualize each scene in extreme detail. Extreme. I freeze it in my mind and can rummage through it like it was 3D. I pull sensory items...sights, sounds, smells, physics, etc...out and try to translate the vivid sensations to paper. Doesn’t always work, by the way.
~I am horribly allergic to lavender. The smell gives me an instant migraine and I get nauseated.
~I can read two pages at the same time. One page with each eye. I am a very fast reader this way and can get through a 400 page book in 3 hours if undisturbed (don’t often do that anymore, getting too old I guess). 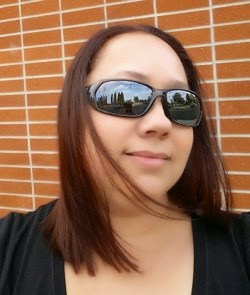