This isn’t the afterlife she expected...

Jen MacLellan can’t get the hang of being a reaper. She’s been separated from Jack, the man she loves, and is stuck with an annoying telepathic link to her ill-tempered mentor, Sam. Now Death is breathing down her neck, promising to remove that annoying link if she gives him what he wants. But when reapers begin to disappear back on earth, leaving behind walking, talking dead people, Jen and Sam are thrust into a dangerous mission to recapture the souls, and a passionate physical relationship that complicates everything.
Jack Norris has no memory prior to waking up on the half-demon Nulcifer’s couch six months earlier. As he begins to investigate his past, he discovers a string of past lives tied together by a beautiful, mysterious brunette. Who is she? And why does finding her seem like a life or death proposition?

When Sam falls victim to fate during a routine visit to earth, Jen’s devastated. Desperate to get him back, she runs smack into the man she never thought she’d see again—Jack. She tries to keep her distance, but there’s no time to be awkward if they want to save Sam. When sinister plots are revealed, and betrayals threaten everything, she’s forced to make some tough choices—and learns that life is just as difficult when you’re dead.

Sam wasn’t kidding when he said I had no idea what I was getting into. And now, as I stared Death in the face—literally—from an uncomfortable black leather executive chair, it occurred to me for the first time that I was in way over my head. Between the pinstriped suit and dark, slicked-back hair, he resembled a character from The Godfather more than a deity who ruled over the dead and dying. Death was one scary motherfucker. And he was smiling.

“Care for a drink, Jennifer?”

I shook my head, but he rose anyway, retrieved two glasses from the cabinet behind him, and filled both with amber-colored liquid. “Relax, I’m not going to bite.”

That wasn’t what I was worried about.

“Now, how long have you been with us? About six earth months?”

I cleared my throat. “Ah yes. About that long.”

“I find it intriguing,” he said. “You have been telepathically linked to one of my reapers this entire time, yet you really demonstrate no capability when it comes to this job. One would think that would give you an edge, hmm?”

“You’d think,” I laughed. OK, I sucked at it. It was only recently I’d been allowed to travel back to earth to help retrieve souls. Sam did most of the work, while I trailed behind, like one of those ankle-biting little purse dogs. What I wanted to know was why he’d insisted I do the job in the first place. I’d never asked to be a reaper. It wasn’t like I wanted this.

“The occupation listed from your most recent incarnation on earth was a mortician, was it not? So you should be accustomed to working with the deceased and the sensitivities that go along with it.”

“These two jobs are absolutely nothing alike.” Shit. I’d reacted again, lost my cool because of something he said. Now that my brain had caught up with my mouth, the fire snuffed out and with it went my nerve. I needed to learn to bite my tongue. Considering the habit crossed over with me from my last life, maybe that was wishful thinking. “Well, I mean, because when I was a mortician, those people didn’t talk back to me.”

Death studied me. “No, I don’t imagine they did.” He scrunched his lips up, his brow furrowed—the only hint of emotion I’d seen from him—but it quickly faded. “What exactly is it that’s holding you back or hanging you up? I’m just trying to understand here.”

“Well, I guess some of it is that I feel bad for them. I want to make things easier, but Sam’s all about scaring them and intimidating and manipulating them. It doesn’t seem right. I mean, we’re their first point of contact with the afterlife; why does it have to be frightening?” I was doing it again. OK, I needed to breathe. “I just… I see the fear in their faces, and it tears at me. It doesn’t feel right. It’s not me.”

Nessie is a Massachusetts native and mother of two who has dabbled in everything from abstract painting to freelance sports reporting. She also loves a good story, whether it’s reading or writing one. Living Dead Girl and Reaper Madness, the first two novels in her urban fantasy Living Dead World series, were published by Etopia press in 2014.

MY REVIEW FOR LIVING DEAD GIRL:

How does love go so wrong so fast? How do emotions get so twisted so badly? Jen is a mortician, and Jack is a rich bad boy in a punk band. Due to odd circumstances, they meet and it's loathe at first sight...until they decide that maybe the other isn't so bad. But when a jealous ex gets revenge on Jen, and kills her, things get weird.
For a paranormal novel, it took quite a long time for the paranormal elements to show up. When I hear "paranormal" in a description, I expect the ghosts and ghoulies to show up at least by chapter three, but it took more than half of the book for things to get freaky. Not that I minded too much. The chemistry between Jack and Jenny is so tangible the reader feels it. It's a sweet, funny NA version of romance. Until Jen decides that she wants revenge for her death and makes a deal with a reaper to go back into her body, even though it's decomposing.
I really liked that it was almost a look inside the mind of the zombie, how she felt being trapped in a body that was dying, unable to speak or move like she wants to. I thought that it was very interesting and made the story feel authentic.
The best part? The cliffhanger ending!
I loved reading this, even though it was a very slow burn. I can guarantee that you'll love it, too!

4/5--a different way of telling a paranormal romance.

I'm trying very hard not to give away too many spoilers here, but it's going to be difficult. The ending of Living Dead Girl was full of surprises!
Now that Jen is facing her punishment, being a reaper herself and bound to her mentor Sam, she's getting used to being undead. But she can't find Jack, and she desperately wants to see him. Jack, however, has amnesia, and doesn't even know who he was before the events that ended his life at that club on Halloween. To top it off, reapers are disappearing, leaving behind zombies!
Opposite of its predecessor, Reaper Madness is filled with the undead: the reader is thrust right into the afterlife with Jen and Jack. Nessie Strange easily weaves in mythology between the horror and angst, making the book more authentic and proving that she is a serious writer with a deep appreciation for the paranormal.
As the books go on, we grow along with the characters and the writer, making this a unique experience as we live Jen' life alongside her.
I think these are some of my new favorite books and I can't wait to recommend them to everyone I know! 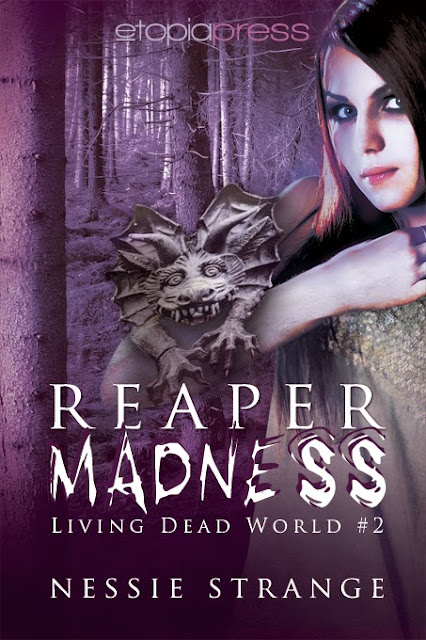 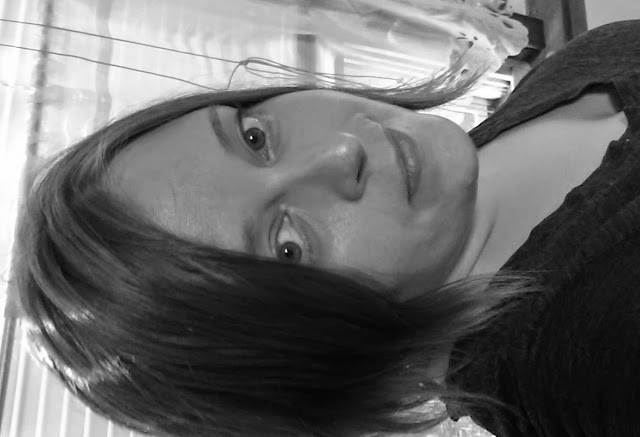