[When I was forced to cancel my plans for the second day of Long Beach Comic Expo, I was afraid my interview subjects would find me unprofessional, but thankfully they understood why I had to forgo the second day and agreed to do the interviews online.
So, I am proud and pleased to present to you all my interview with Emmy nominated animator, novelist, comic book writer and television writer, Greg Weisman!--KSR]

1. When/why did you decide to get into animation?

I didn't really.  While I was working full-time in comics, I got the chance to co-write one episode of the animated series Jem and the Holograms.  I was hoping that would lead to more work, but it didn't.  Then I moved back to California to attend graduate school.  I interviewed with Gary Krisel, who at the time ran all of Walt Disney Television.  He thought I'd be a good fit for his new Television Animation division, and I was eventually hired there.  But there was no plan or decision on my part originally.  I was just following the work.

2. Before Gargoyles was adapted as a "dark" show, you had originally intended for it to be a comedy. How would it have been different if the original version had aired?

First off, I don't think Gargoyles was EVER a "dark" show.  And it certainly was never developed that way.  We did originally develop it as an adventure-comedy, and later redeveloped it as an action-drama with humor, which I'll acknowledge is an important distinction.  But it never was nor was it ever meant to be "dark".  Even our color design was brighter and richer than, say, the design work on the seminal Batman: The Animated Series.  Anyway, if you want a good idea of what the show would have been like if we had sold the adventure-comedy version, then simply watch Disney's Adventures of the Gummi Bears.  Change the cute, colorful bears to cute, colorful gargoyles and set it in the modern world instead of medieval times.  Otherwise, the basics of the two versions of Gargoyleswere fundamentally the same.  Gargoyles had a spell cast on them, and woke up in modern-day Manhattan.  It was only the tone that changed.  And the addition of the character of Goliath, who did not exist in any ur-version in the comedy development.

3. What cartoons did you enjoy as a child?

Many.  Bugs Bunny.  Speed Racer.  Space Ghost.  Jonny Quest.  Anything with Marvel or DC super-heroes.  (I was desperate for that stuff.)  And a lot more.

4. What animated show, current or past, would you love to work on?

Oh, I don't know.  My brain doesn't really work that way.  I'd like to make more episodes of Gargoyles, The Spectacular Spider-Man, W.I.T.C.H., Young Justice.  I'm thrilled to be on the show I'm on now.  It's all good.

5. Have you ever or do you want to work on a live-action adventure show like Arrow?

I'd love to.  Tried desperately to just get an interview to write on Arrow.  Couldn't get my foot in the door.  I've been typecast as an animation guy.  It's hard in this business to change people's minds sometimes.

6. You got to write for the Young Justice comic after working on the show. For you, what's the biggest difference between writing television and writing comics?

Density.  One episode of a half-hour television show is about the equivalent of three issues of a comic book.

7. What was the inspiration behind your novel Rain Of The Ghosts?

So many inspirations...  The main source is the wonderful mythology of the Taíno people, i.e. the indigenous Pre-Columbian inhabitants of the Caribbean.  But I get inspiration from everywhere, including my father's love of World War II aircraft, Shakespeare's The Tempest, visiting the Caribbean myself, watching tourist service workers, etc.

8. Would you ever want to see the Rain Cacique books as a film? If yes, who would you want to be involved in it?

9. You've written two books based on the character Rain Cacique. Do you plan on continuing the series?

Yes.  In theory, it's a nine-book series, at least.

10. What are some of your personal favorite comics and novels that inspire you?

I'm a big Shakespeare fanatic.  I love Faulkner.  I love Dickens and Austin.  In comics, I loved Brave and the Bold #193.  And many others.

11. As a Shakespeare fan myself since childhood, I love the charactes and scenes you've randomly inserted into your work. How did you get into Shakespeare and what's your favorite work of his?

Well, I wouldn't say "randomly." It's all been meticulously thought out.  I started really loving Shakespeare in college.  And after college began chasing productions, trying to see as many shows as I could.  I don't have one favorite play, because there are elements in nearly all of them that intrigue me.  My single favorite Shakespearean character is Edmund the Bastard from King Lear.

12. Thank you for participating in the interview. Can you please leave the readers with three things that may surprise them about you? 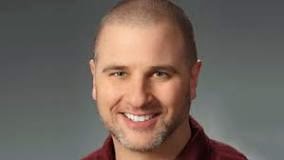