Pastor Henry Collins is hailed as a hero after rescuing a teenage girl from a burning church. But the real reason he was at the right place at the right time is known only to him and Hannah Mercer, the teenage girl he rescued: a girl whose faith has more to do with keeping up appearances than anything to do with God.
Lia Anders is a classmate of Hannah’s: a girl whose coming out as a lesbian resulted in immediate expulsion from the church. As an unlikely friendship develops between the two, Hannah begins to realize the error of her hypocritical ways, and encourages Henry to make a decision that will forever alter the course of their lives. But for Henry, the price of living a lie is easier than owning up to the truth.
Where There’s Smoke is a story that asks: who are we really? Are we the sum of all our actions? And is the note we finish our lives on the most defining of them all?

Religion. One of the main things that inspires war. One of the main things that causes arguments amongst friends. One of the main things that males you either confident or frightened.
People look towards religious leaders as perfect public figures to look up to, most often undeserving of their attentions. Pastor Henry is the perfect example of a pastor in a bad place. He should be satisfied with his lot in life, but he's not. And many people probably won't blame him.
Hannah is a lonely, kind girl who needs guidance and has questions, something forbidden in this Christian community. But she's a sympathetic character, who makes poor choices but does her best to be good.
Lia is me. Period. When you get to know her, you'll get to know me. She's a white knight in disguise, and though she was kicked out of the church, she's probably the only truly "good" person in the story, one who tries her best to be her best.
You'll meet other characters in Ms. Caplin's novella, many of whom you'll recognize from your own lives: the rude, the hypocritical, and the weak. But each and every character has a story. Some you'll pity, and some you won't, but I can guarantee that your emotions will ride a crazy rollercoaster as you read this tale.
She talks about not just religion, but the effect ot has on all of us, especially those who try to be the stereotypical "good Christian". But I was able to take one constant thing from this, that God doesn't expect perfection from us. He just expects us to be the very best we can.
You don't have to be religious to read this, and I think everyone should take a peek, if only to enjoy Ms. Caplin's simplistic storytelling.

Purchase Where There's Smoke via: 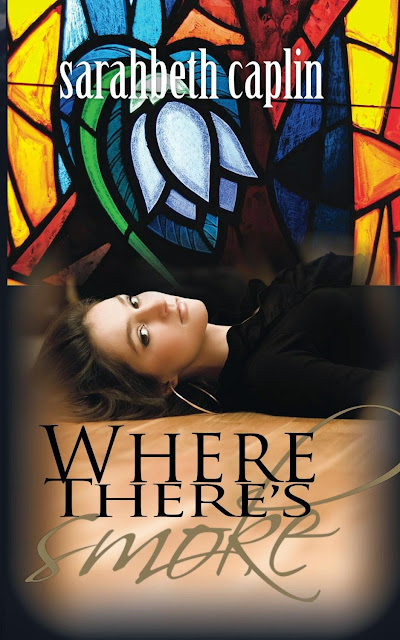