In the eighties, there were few beggars in England compared to today, and it was unheard of for even the punks and hippies to ask a complete stranger in the street for a cigarette, let alone money. Sometime during the nineties, professional begging emerged as a viable way to live, and England and Europe saw a huge rise in the number of people doing it. This lifestyle would have a negative impact on the real travelers, who became seen as beggars themselves. Jan and I were lucky and were living the Life at a time when it was still seen by some as romantic and adventurous to hit the road and gain some life experience, which again highlights the double standards in society and the fear most people have of doing what they want and following their hearts and dreams.
Society’s potential is being stifled. The idea of individualism is openly encouraged for as long as it’s done within the realm of accepted limits. If someone uses too much initiative, that person quickly becomes labeled a rebel. I think when someone reaches a point where they don’t appear to need the system that society gets scared and tries to break them down.
Society has always been in fear of losing control. The Bible did a great job of scaring people into conformity for centuries, but as we evolve as human beings its power and antiquated interpretations are becoming redundant. The Bible needs editing and a new, much more modern edition is needed, written off the back of what we have learned over the centuries in order to make it more relevant to the people of today. Anyway, if people believe in God, they don’t even need a Bible because everything is written in our hearts.

KSR EXCLUSIVE GIVEAWAY: Comment on this post and you will be entered to win one Kindle copy of I Don't Believe God Wrote The Bible!

Purchase it on Amazon today 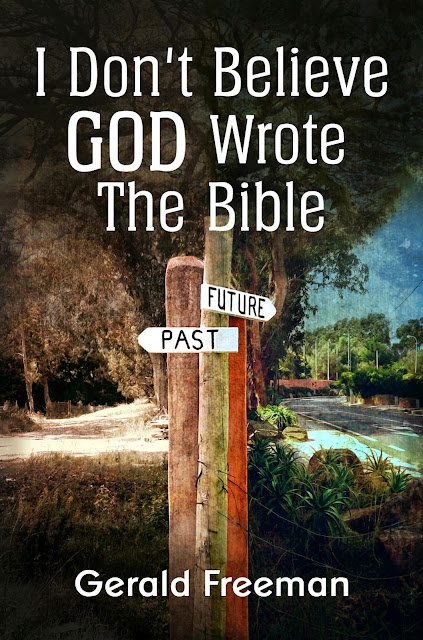