Around the world people die under mysterious circumstances. Each has a sign. Each is a piece of a jigsaw puzzle. A NYC interior designer Jason Walker receives a message saying he is the final piece.
Emily Ethan, a startling beauty with supernatural powers, appears and tells Jason that powers dormant within him are about to wake. He is the only person who can prevent darkness from enslaving the world. He is the Beholder whose advent has been awaited for many years.
Setting out on a journey with Emily, Jason discovers the world he could have never imagined, but the greatest surprise arrives the moment he realizes he has fallen in love with Emily.

In darkness, Pariah crept along the wall of the ancient corridor, black eyes squinting toward the end of the passage. A silvery glimmer streamed through the archway, and he flattened himself into the shadow, out of the way of the shimmering light. With every heartbeat the light grew more intense, until he was forced to halt and close his eyes to block it out, if only for a little while.
The Ethan girl was there, crouching behind the silvery dome she’d created in the center of the vast hall. It had cost them a lot of effort to track her down, and now part of the plan had been accomplished: he and seven other Shadows had brought her to bay.
Opening his eyes again, Pariah took a step forward and winced at the subsequent burn. I shouldn’t go any closer. He clenched his knuckles and the movement hurt, driving fury through him. He wanted to crush her, destroy her Light … but she was dangerous and unpredictable.
What if she escapes? This may be our only chance to catch her. Pariah inhaled, reaching for patience. He must wait for her to make the fatal mistake, wait for her to leave her refuge. He envisaged his skulking brethren, guarding the other exits like spiders, and he grinned in malicious delight. She won’t get away this time.
Currents of crimson energy flowed through Pariah and his brothers, the force aimed towards a circle of whirling silver light. But the girl remained unaffected, sheltered by its brightness. No, he realized, watching the stream. This was not the way she would be killed. The currents could kill an ordinary person—in fact, hundreds of them in one second—but not a Sighted one. What they needed in order to break such a defense was an inhuman hatred. Pariah knew how to do it, but this wasn’t the time. His objective was to lure the girl into the trap, not kill her. First he would torture her, learn her secrets, then he would kill her.
Against the Light he was a better warrior. His hands were stained with the blood of the many Sighted he had slain.Patience, he told himself. She won’t be able to stay there for—
Searing pain shot up his spine, burning like acid and paralyzing him, sucking out his breath. All he could do was stare as an effulgent creature emerged from the circle, brighter than the explosion of a supernova, and watch that violent star head in his direction. The closer she got, the more she stifled the darkness inside him. Disgust rose as he sensed what was happening. It was as though love had been sewn into his hateful mind; twinges of conscience were waking in him, eradicating his inherent evil.
He tried to slow time, to stop the burning pain, but she knew how to block his attempts and make him suffer even more. The laws of physics meant as little to her as they did to him, and both abused their gifts to attain their aims. She was quicker than any of the Sighted ones who had previously crossed his path. He knew she was just as aware of him as he was of her, but she was stronger. For the first time in his dark existence, Pariah knew fear.
It happened too quickly. With ease, she breached the vicious circle he and the others had formed, and shot past, leaving a comet trail twinkling in her wake. Pariah stared after her, thinking through the decision she’d made. The trail was a block, not an attack. The Ethan girl had decided to protect herself from the shadow’s evil mind rather than use her power to kill him.
How noble—and naïve—to spare your enemy’s life, Pariah mused.
His confidence returned, but his hands still glowed bright from her energy. He dispersed the vapor trail she’d left and warped his mouth to let out a horrific banshee howl. The terrible sound reverberated off the walls, rising in magnitude, and he hoped the amplified echo might hamper her flight. His brethren chimed in to reinforce the cursing howl as they swished past and darted after her, but Pariah remained stationary, suffering the agony of having been imbued with her Light.
He reached his hands in her direction, slowing her nimble movements as much as he could, but the distance between them only increased. Wasting no time—for he had no more to lose—he threw himself forward, steadily gaining speed, watching tunnels rush by on either side. Acting purely on instinct, Pariah cut a rupture in space and flung himself into the blackness. This time he exited much closer to her, and his success spurred him on to try again.

The sickening light came closer with every surge. Understanding his intentions, the others reassembled to help the Evil One coax the girl into the trap. Pariah was desperate, aware he would only get one chance. He took a final plunge into the ruptured darkness and the action brought him through at last. He reappeared directly in front of her, and she braked, glowing with that detestable light.
For a brief moment, Pariah managed to discern her face, the amber eyes wide with fear. Then it was gone in an eruption of burning brightness. He sent a wave of dark energy at her, and her shield disintegrated. Pariah’s fury transformed into a victorious pulse; he had broken her defenses, and now she lay convulsing with pain, his deadly energy choking the life out of her. 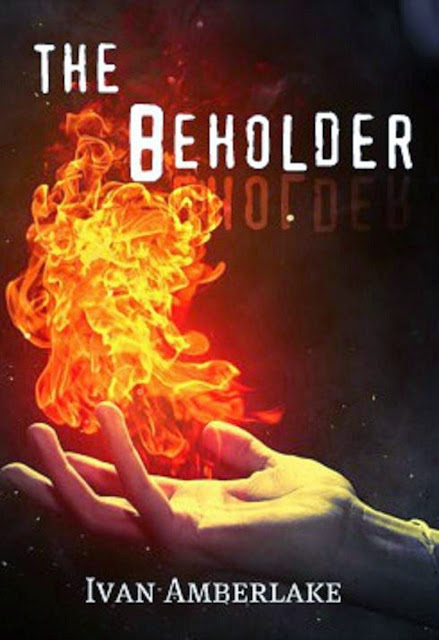