When retired actor Buffy decides to leave London and move to rural Wales, he has no idea what he is letting himself in for.
In possession of a run-down bed and breakfast that leans more toward the shabby than the chic and is, quite literally, miles from nowhere, Buffy realizes that he needs to fill the beds—and fast. Otherwise, his vision of the pastoral countryside will go up in smoke.
Enter a motley collection of guests: Harold, whose wife has run off with a younger woman; Amy, who’s been unexpectedly dumped by her (not-so) nebbishy boyfriend and Andy, the hypochondriac postman whose girlfriend is much too much for him to handle. But under Buffy’s watchful eye, this disparate group of strangers finds that they have more in common than perhaps they first thought.

I was given an ARC of Heartbreak Hotel from the publisher for an honest review.

I am one of the few people who didn't go see The Best Exotic Marigold Hotel in theaters, though I did read the book when it first came out. So I knew to expect a motley crew of characters in a beautiful setting with a lot of snarkiness.
That's exactly what I got and more.
The book reminds me a little of a naughtier Maeve Binchy tale: a wide array of characters, a lovely UK setting and an instantly recognisable voice in the narration. You know immediately upon opening any of her books that yes, you're reading Deborah Moggach.
The story centers around an old actor (I kept picturing Ian McKellen) who inherits a B&B from a dear friend who passed away. While he seems cavalier on the outside, the reader knows of his insecurities and his regrets. They know of his hopes and his woes.
The other characters are fun, confused, hurt, and hopeful, and each of them are wonderfully written. As I read, I wanted to visit the hotel, meet Voda and India (Voda is my favorite character) and have some wine with Buffy and his guests.
I didn't feel like I was reading a fictional book, I felt like I was an intruder on these people's very real lives. That's a rare skill, especially considering the vast cast that's here in the novel, but Mrs. Moggach pulls it off quite well.
I am now officially a fan. Get this on your TBR list ASAP!

5/5--a wonderful read to cozy up with a blanket, cat and glass of wine!

Official site (has all international links) 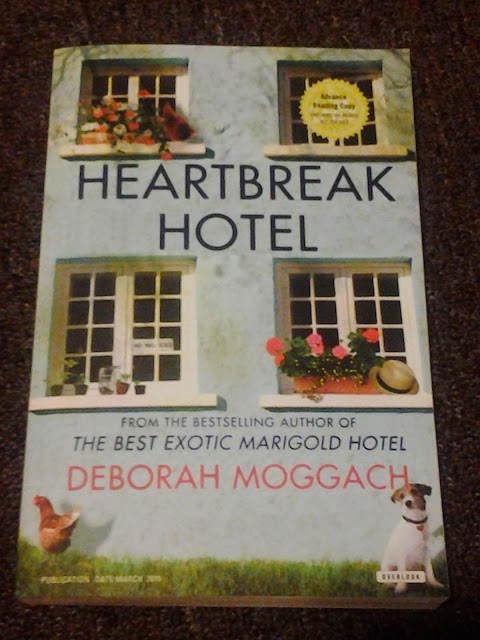 Posted by Kelly Smith Reviews at 1:26 AM