I’ve enjoyed writing since age six. We had an assignment in my first grade class where we had to rewrite the ending to an existing story. My teacher, Ms. McKelvey, loved mine and the praise inspired me to write more stories. Soon, it became my greatest escape where I could make my idealistic and creative views of the world a reality.

As a boy, I couldn’t get enough of the Hardy Boys and Nancy Drew series. I loved mysteries because they engaged my brain and kept me invested. This is why I also loved the great journey at the heart of Ray Bradbury’s “The Halloween Tree.” Other than those, I read any book with a ghost, flying saucer, or monster on the cover that I could get my paws on.
Today, I want unique storytelling that doesn’t hold back or cater to formula, conformity, or self-induced censorship – or where the author is clearly out to cash in on some current, trivial flavor of the day. This is why I prefer works such as Ellen Miller’s “Like Being Killed”, Matthew Stokoe’s “High Life”, Frederick Busch’s “Girls”, and the stunning short stories of Gemma Files. I want tales that either dig deep or aren’t afraid to take chances.

3. What was the inspiration behind your novel Bloodletting?

Back in college, I had wanted to write a story that was alternative in nature and didn’t cater to convention – something for the alt music and alt lifestyle crowds. The first outing actually led to a screenplay called NECROPHILIA where an introverted punk rock boy fell in love with a dead punk rock grrl, who had ended up in the morgue he worked at during the night. The script was loaded with nothing but one taboo after another – like something pop star Madonna would have done to attract attention. Instead of being wowed by the tale, I knew there had to be a better and more robust narrative. I didn’t touch the story again until 1998, and that’s when the main character, Denny came into focus. I wrote BLOODLETTING the screenplay soon after, and the story worked well in regard to narrative flow. In short order, and after great feedback from the New Jersey Screenwriters Group, I entered the script into the Screenwriter Showcase Screenwriting Contest in 2006. BLOODLETTING came in first in the mystery category and won second place overall. This attracted an agent, and though the script hasn’t sold as of yet, I adapted the screenplay into the novel.

4. Will we ever see Denny again in the future?

Thanks to tremendous reviews and demands from fans, I am currently working on a sequel. Although I could tell tales of Denny and company forever, I may keep it a short series of three to five books, but we’ll have to see…

I usually have characters swimming in my head, and they are based on unconscious exertion. However, Penny is loosely based on a friend from college, as well as the one-time drummer for the band Indoor Life, and the punk rock goddess, Siouxsie Sioux. Erin came about due to a young man I met in a nightclub many moons ago.
Some of the emotions are certainly taken from real life, especially when it comes to the misunderstanding of BDSM and polyamorous lifestyles. In addition, the elements of bisexuality will be further explored in the sequel as Denny gains a better understanding of who he is and what he wants as a person. Moreover, he will have to tackle other items regarding suicide and how the issue may be far removed from the argument of being a courageous, cowardly, or selfish act.

I love horror, drama, and science fiction, and write them depending upon the story premise and how it strikes me. Actually, I never write with genre in mind, which prevents me from falling into the traps, tropes, and clichés often associated with a particular category. My goal as a writer is to bring fresh ideas to the page regardless of genre and its perceived limitations.

8. What would you do if you were in Denny's place?

10. Would you like to see Bloodletting as a film? Who do you want to see play your characters?

I had always intended BLOODLETTING to be a film, and the screenplay has been ready to go for some time. In the novel, readers will find a password after the Epilogue to access the script online if they’d like to read more.
In all honesty, I haven’t thought of who would play the characters. As a filmmaker, I learned early on that acting trumps appearance – every time. However, here’s a list just for fun:
▪Denny Bowie: Caleb Landry Jones because he is absolutely brilliant – and has the hair.
▪Penny Dallion: Blanca Suarez, or Ana De Armas, or Ilza Rosario.
▪Erin Marr: Caleb Landry Jones if he doesn’t want to play Denny. Otherwise, Adore Delano. I just hope the producers wouldn’t hire a woman to play the part.
▪Delores Hagen: Julia Jones
▪Kirin Deal: Jena Malone
▪Aria: Sara Paxton
▪Detective Francis: Keith David
▪Detective Santiago: Wilmer Valderrama

I hope to be writing much more than I am now, making films on occasion, still teaching English in higher education, and enjoying time with my amazing wife, Ally Bishop. Who knows, I may even get on “Jeopardy!” which would be fantastic.

Writing has been such an important identifier it’s hard to say. However, I could easily have been a military historian, or I may have gone back to school to earn my geology degree, or maybe even archaeology or anthropology. And this is why I write: so I can explore those worlds I haven’t had a chance to live in this one. I remember sitting at college graduation and coming to the realization that I didn’t know much at all: too many subjects to study, and too little time. There’s a ton to learn, and when I write a story, I have the chance to conduct research and gain new knowledge.

I’m sending my manuscript, RED AGENGA, which is the first of a horror crime series to agents or small presses. The story’s based on another screenplay of mine that won first place at the International Horror and Sci-fi Film Festival in 2008. I am also rewriting a dramatic science fiction screenplay, and writing a new one for the horror genre. Finally, I am finishing up the short crime thriller film, CASE #5930, which I produced and directed. And I hope to soon begin work on a horror novel for AA Publishing.

Henry Miller. I always loved his writing and its honest, visceral nature. In our collaboration I would steer him away from misogyny and anti-Semitism, and we’d hopefully create something from the gut for men and women alike. 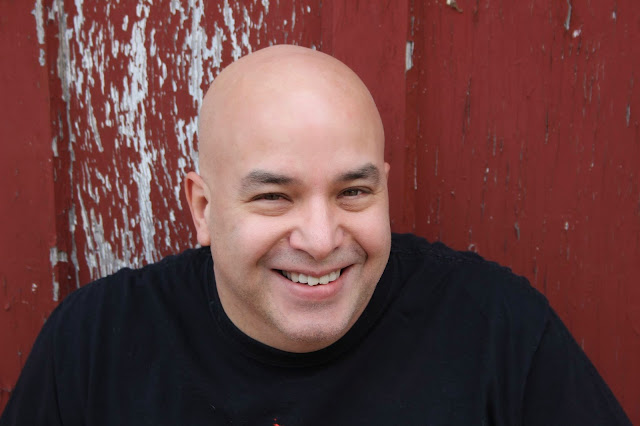