I think it happened in my early twenties. I read a poem by Tennyson, Flower in the Crannied Wall. It impressed me, how much writing can impact thinking, and I wanted to do that.

I read Mark Twain’s Adventures of Tom Sawyer and Huckleberry Finn when I was young.  As I got older I read Hemingway and loved how his spare style could arouse emotion. I’ve  always looked to get that same power without excessively overwriting.

3. What was the inspiration behind your novel The Pool Boy's Beatitude?

They say write what you know. I worked in law enforcement, I’ve known a lot of under the radar kind of people. And I know about addiction, and treatment, and in spite of being in law enforcement, I have done a little jail, similar to Jack in my story. I’ve never cleaned swimming pools for a living, but I had a house in the suburbs at one time with a nice pool. So I know how to take care of one. And who doesn’t want to meet the love of your life, that one person that just stones you, as Sarah does to Jack Joseph in the story.

4. Can you tell the readers a little about your previous work?

Before being a 911 operator I worked in logistics for the CSX Railroad, and I also investigated accidents and managed a safety program.

5. How has being a 911 operator influenced your writing career?

I have written, previously to the Pool Boy’s Beatitude, a couple of crime novels, two of which are in print, Children of the Enemy and The Death of Anyone. Knowledge of police procedure, the court system, jail, and even treatment were subjects I had knowledge of.
This enabled me to write the crime stories authentically and helped with the jail chapters in Pool Boy.

6. Did you ever put yourself in the stories in any way?

I think there are elements of the writer in all of a writer’s characters. The people in your stories come out of your head, you incorporate differences, but there is a little of you in all of them, even cross gender characters.

I’ve written in four different genres, YA, Romance, Crime and Literary. I think I have a good science fiction novel in me. I’ve published a few short pieces that are science fiction. You can look up online: The General Theory of Non-Existence or The Androgyny Chip.

8. What character of yours, if any, would you like to trade placea with any why?

Jack Joseph, he’s found the love of his life and is living as we all should.

9. You say you're a wolf expert. What is it about the species that intrigue you?

That the perception of them is so far from the truth. They’re like foreign people, who you don’t think you have anything in common with, until you get to know them, and find you a share lot in common. Wolves are not the violent predators or evil as they’ve been portrayed for centuries. Wolves have strong familial bonds, they mate for life and they care for their
young. We’re supposed to be more intelligent, yet we have a seventy percent divorce rate and over half of our children growing up in single family homes. On the personal side, wolves are quite shy and retiring as opposed to aggressive. I raised a pair of wolf hybrids, had them for eleven years. They are not real trainable, aren't any good as watchdogs, but they are very affectionate once they begin to trust you.

10. Would you like to see The Pool Boy's Beatitude as a film? If yes, who do you want to see your characters?

I write every book, as did Elmore Leonard, as if I was watching a movie. So, yes, and a young Jack Nicholson could play the role effectively, but today I think I’d go with Matthew McConaughey.

I don’t plan ahead much. I have a couple of stories in mind right to write. My career, I’d like to think I’m the next JD Salinger, but most likely I’ll still be doing blog posts and interviews. And you know, that’s just fine with me.

Arresting people. Joking. Seriously, retired and traveling a little. I can’t imagine myself not working on a story.

I have two novels with a female narrator, based on a real person who lived in a ghost town on the Keweenaw Peninsula. Maggie Harrington is about a young woman trying to save a pack of young wolves from a bounty hunter back in 1892. I wrote second novel about her, Alpha Wolves, an am currently working on a third, where she is now an old woman and living alone. She imagines her wolf has come back to her and she needs to protect him from the son of the bounty hunter who still hunt wolves like his father did.

It makes me sound arrogant, but none. I always look for a unique voice for my narrator and I don’t think you can work with a collaborator and maintain that. I had a great editor, from Rebel e Publishing, Jayne Southern, who did the final edit of the novel. I live with my other editor, Donna Vitucci, Google her name and you can see some of her work. Donna helped me shape the novel through the editing process of the first draft.

15. Thank you for participating in the interview. Can you please leave the readers with three  things that may surprise them about you?

1.       I love cats.
2.       I like to cook. A chef would be my second career choice.
3.       I’m looking to publish Maggie Elizabeth Harrington in Israel, already have a translator, Nurit Dekel, who is a professor and a Linguist, and a strong advocate for my work. 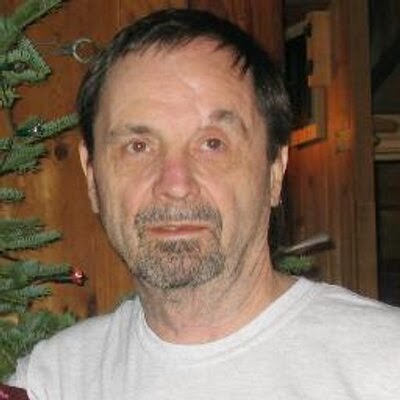