In the second installment of the horror/mystery comic Spring Heeled Jack, which centers around Sir Arthur Conan Doyle, we find Doyle and Bell trying to get an arrest for Jack, but their plans don't exactly go as planned...

Horror. Vampires. Mystery. The man who created Sherlock Holmes. Personally, I don't need anything else to know that this comic is going to be awesome. Seriously, vampires and Doyle. There can't be anything more interesting and riveting!
The story reads like a movie. Your eyes move smoothly across the pages, effortlessly and with a sense of urgency to know what's next. The characters are similar (probably purposely) to Holmes and Watson, but with a little extra bite to them (no pun intended).
In addition, there is a small steampunk element to this issue. It passes quickly, but it intrigues me to know of they'll include more of it in the future.
There's also nepotism, favoritism, and political connections that make things even more interesting.
I can't say much, because this is only twenty-three pages long, and giving too much away is the exact opposite of my intentions. Just let me say this: you need to read this comic! Even if you don't like comics in general, that's okay. If you like Doyle and Stoker, you're good!

Purchase Spring Heeled Jack at your local comic shop or from these online retailers! 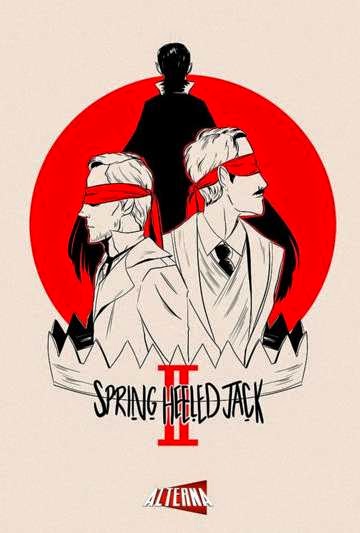